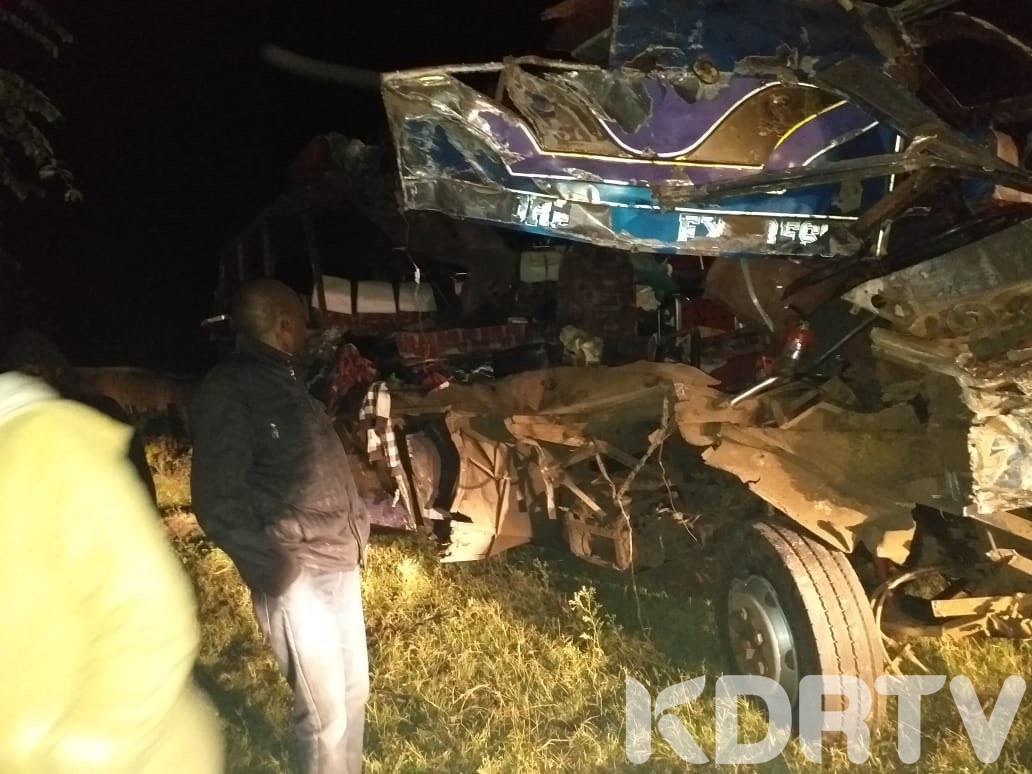 Caroline Odhiambo was one of the 51 passengers in the ill-fated Eldoret Express Bus that crashed in Awasi in the wee hours of Friday morning.

Odhiambo and her two children had boarded the Nairobi bound bus at Luanda on Thursday evening, hoping she would be at the Machakos Bus Terminus on Friday morning.

But that did not happen as the bus collided with a trailer around Pala area in Awasi, killing at least 14 people instantly and leaving more than 35 others with serious injuries.

Among the dead, was Caroline’s two-year child who died in her arms.

She said her elder child survived the ordeal with injuries because it had been held by another woman.

Caroline Adhiambo, a survivor narrates the events of the horrific Awasi accident that killed her 2-year-old child and leaving her firstborn with serious injuries. #K24DailyBrief with @SamWNjoroge and @shikshaarora_ . pic.twitter.com/BxOSeo9sJr

The National Police Service (NPS) has revealed that at least 35 people have been admitted in different hospitals with injuries from the accident.

Witnesses said that the accident happened after the driver lost control and started driving on the wrong lane. The drivers of the two vehicles are among the dead.

“The bus was travelling from Kisumu towards Kericho on the Kisumu-Nairobi Highway when the driver tried to overtake a cane tractor and was involved in a head-on collision with the truck,” Kisumu County Police Commander Benson Maweu.

It's so sad loosing life may there soul rest in peace
Meanwhile Kenya Red Cross is appealing for blood lets help our brothers and sisters in the Awasi road accident :Eldoret Express pic.twitter.com/2HIsE96ND8