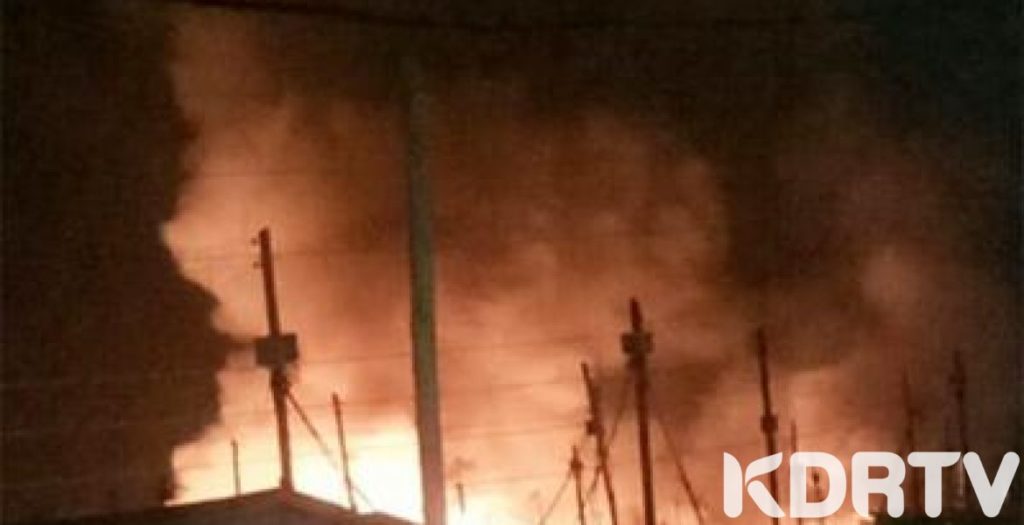 Woman torches over 40 houses in Kibra over love triangle

Police in the capital of Kenya is hunting down a woman who purportedly torched more than 40 houses in Kibra on Sunday in an alleged case of a love triangle involving lesbians.

According to Capital News, the lady who is believed to be a foreigner, set the houses on fire after her alleged lover cheated on her with another lover (woman)

The lady accused of cheating purportedly sustained injuries during the incident and was rushed to the hospital by the ‘newfound lover.’

The area chief, Hilary Chumo confirmed the incident saying that about 100 people were left homeless after the inferno

“The firefighters were not able to access the area due to lack of roads,” Chumo told Capital News.

Lesbianism is illegal in Kenya, with criminal of such act culpable to 14 years in prison. The High Court of Kenya refused to decriminalize same-gender sex.