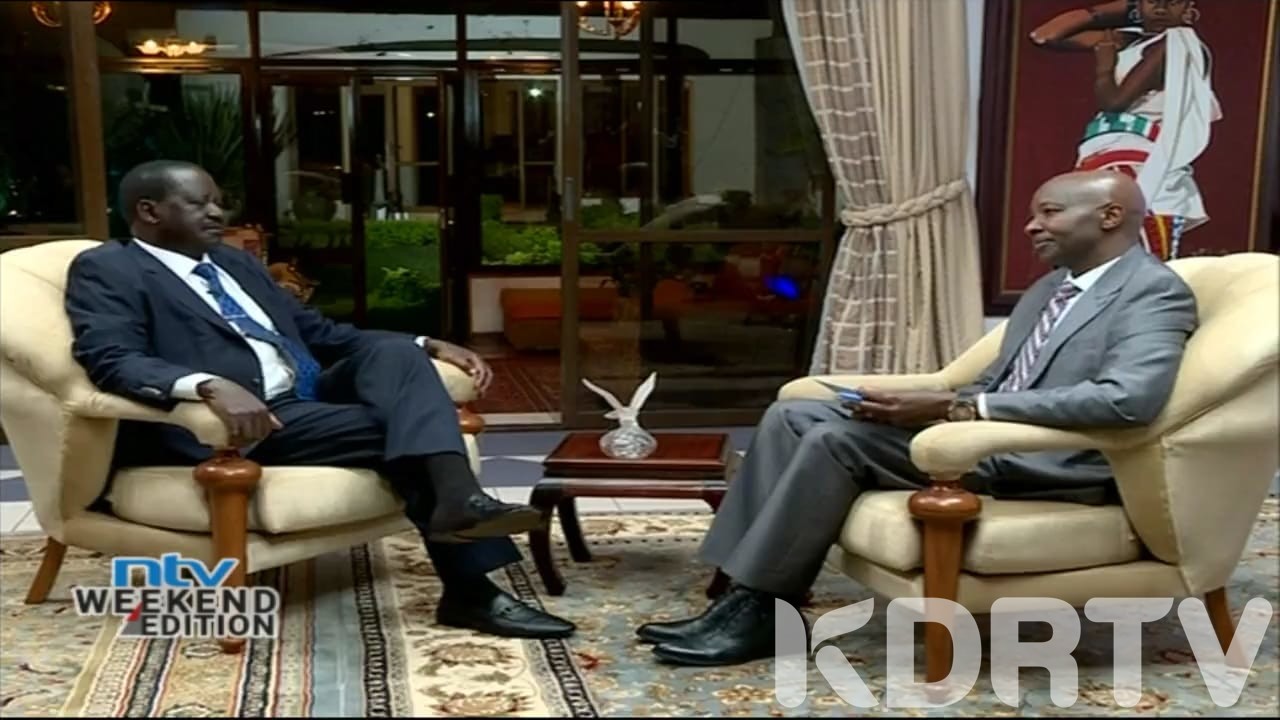 (KDRTV) ODM leader Raila Odinga has come under huge criticism after claiming that he is not rich and only worthy Ksh2 Billion.

Speaking during an interview with Joseph Warungu on NTV, the former Prime Minister further claimed that the wealth is not even in terms of liquid money but assets and shares he owns in different companies. He said his Karen House is worth around Ksh 300M.

“I am not rich. I am only worth about Ksh. 2 billion shillings,” Raila said when asked to declare his wealth.

I am not rich. I am only worth about Ksh. 2 billion shillings. ~ Raila #RailaSpeaks @Warungu pic.twitter.com/vdiU7WiCPk

However, Kenyans did not buy Raila’s claim that he is worth 2B. Some Kenyans also questioned how someone could say he is worth 2B but still claim he is poor. Is he mocking poor Kemyans?

“I think Raila Odinga was not genuine about his wealth. He is not worth 2B but more than that. If his new home in Nyanza is worth 1.2B.Massive Shares in jet link and Spectre Company. This Mzee is damn rich,” Agrrey Nalianya said on Twitter.

Last year, several blogs claimed that the former Prime Minister had built a Ksh 1.2 Billion castle at Riat Hills, Kisumu County. The 72 roomed house, overlooks Kisumu International Airport and has a helipad that receives the AU envoy and his visitors. He also owns homes in Runda, Karen and Nyali in Mombasa. The former Prime Minister is also believed to own two helicopters.

In Sunday’s interview, the ODM boss said that his father Oginga Odinga was a poor man who worked in government for only two years before he retired in 1966. He said the Odinga family depends on their salaries for a living.

“There is nothing that the Odinga’s get. We don’t benefit anything. What I have told is what we own collectively,” he said.

“As we sit here, I have no salary that I am earning. My brother (Oburu Odinga) is in Arusha. He would not be there if he had other wealth elsewhere which he owns. He would be sitting pretty.”

Do you believe that Baba is worth on 2B?