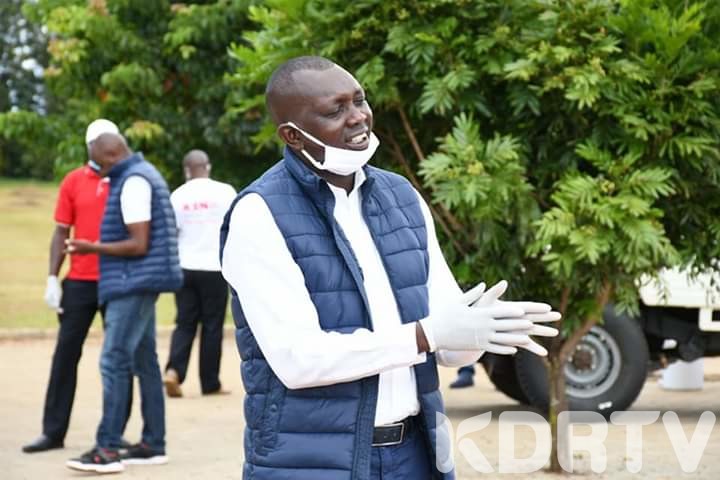 (KDRTV) – Kapseret MP Oscar Sudi has dared President Uhuru  Kenyatta to fire all the Kalenjins in his government.

In a hard hitting Facebook post on Monday, the lawmaker who is a close ally to Deputy President William Ruto, said that government employees are tired with talks of looming reshuffles.

He said that the community should not be threatened and Uhuru should just fire all Kalenjins in government at once.

‘I understand there is a looming reshuffle. I ask the President not to threaten us with a reshuffle, just let him allow us to provide him with a list of all Kalenjin proffessionals serving in his government for him to fire them once and for all,” the MP said.

Sudi was reacting to a story on a local daily which claimed that at least 4 Cabinet Secretaries will be fired in the looming reshuffles.

President Uhuru Kenyatta is set to reshuffle his cabinet that will see four CSs majority of whom are allied to Deputy President William Ruto fired.@kipmurkomen @SolomonKarori2

The CSs, allies of the DP, will pave way for the formation of a government of National unity.

Sudi has now warned that nobody is interested in Uhuru’s govt and that the Rift Valley people are ready to pay the ultimate price.

I understand there is a looming reshuffle. I ask the President not to threaten us with a reshuffle, just let him allow…

Posted by Oscar Kipchumba Sudi on Monday, 4 May 2020