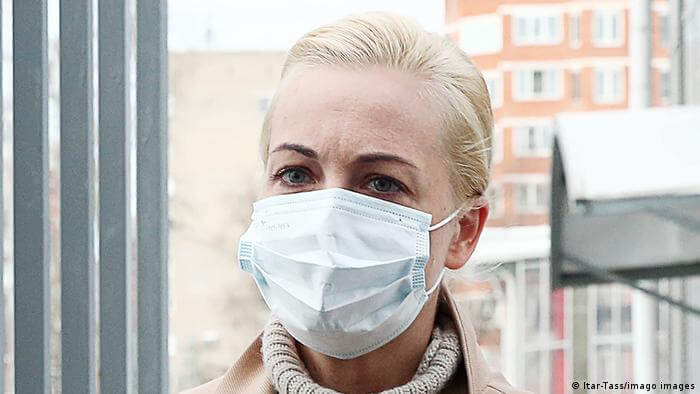 However, the reason for her trip to Germany is not yet clear.

Spiegel reporter that Yulia was in Germany for a private visit

Kremlin critic Alexei Navalny had been allegedly poisoned by allies of President Vladimir Putin with a Novichok agent as confirmed by German doctors who treated him.

However, upon his arrival back to Moscow, he was arrested and jailed for 3 1/2 years for charges of violation of probation terms of a 2014 embezzlement sentence

DW`s correspondent Natalia Smolentceva tweeted: “Waiting for Yulia Navalnaya. A passenger from the plane confirmed she was on it.”

Waiting for Yuila Navalnaya at Frankfurt Airport. A passenger from the plane confirmed she was on it, just behind him and stayed in transit zone. Spiegel also confirmed she landed in Frankfurt.

The mass protest followed Navalny`s jailing leading to the detention of more 11, 000 people and the prosecution of several aides including his spokeswoman, Kira Yarmysh, who is currently under house arrest.

Navalny was also detained but was freed later

Navalny has been on clampdown with Putin`s government for quite a long time.