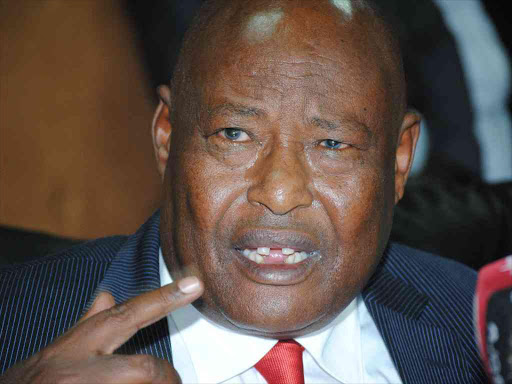 Former National Assembly Speaker Francis ole Kaparo has accused his wife of attempting to disinherit him by demanding DNA tests on their four children.

The former politician is now tied up in an ugly divorce with his wife of 40 years Mary Mpereina, as the two accuse each other of adultery.

The case has become a trending topic as Kenyans debate why the two shouldn’t bother filing for divorce after being married for so long.

Below is an opinion from popular journalist SILAS NYACHWANI on what couples, men rather, can learn from the shocking dirvoce.

There is a photo of rapper and producer Dr. Dre pointing to his protege, Xzibit, facing the other way with a T-shirt written Straight Outta of Marriage, allusive to N.W.A’s 2015 biographical film Straight Outta Compton.

It came out yesterday and it is viral.

It is awkward when a 56-year-old, top musical mogul, maybe the greatest hip hop producer, and one of the wealthiest, celebrates an end to his marriage in such a way. 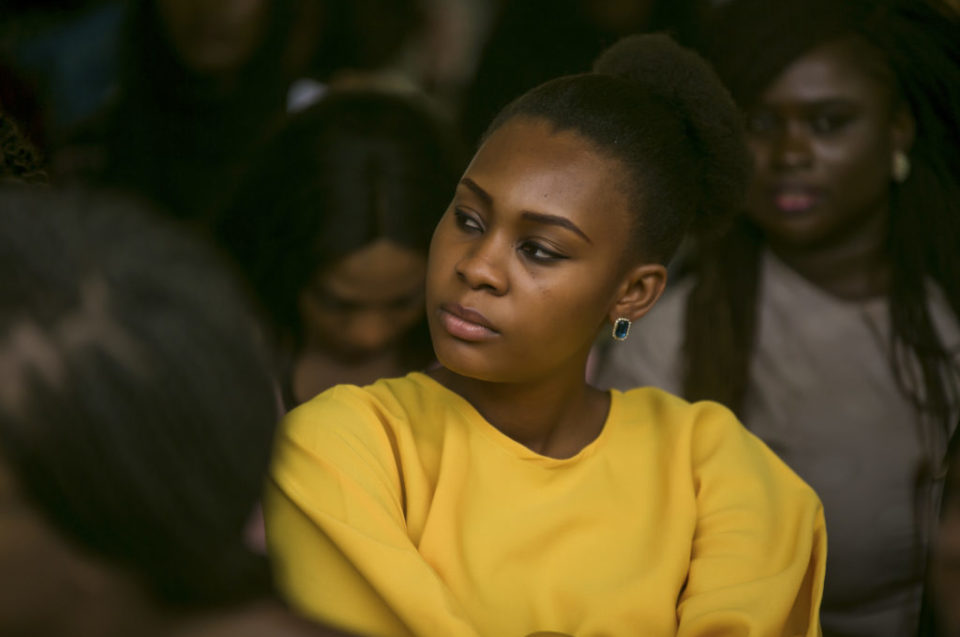 But, man, in America where we are coping all our mannerisms from, it is totally understandable especially if you see how hard the ex-wife has gone hard on Dre, with extremely ridiculous demands. Never seen a dirtier divorce settlement.

Back home, one of the country’s patriarchs, the second-longest serving Speaker of National Assembly and presently head of the National Cohesion and Integration Commission is embroiled in a complex and really weird divorce and beyond the memes, men should pay attention.

I don’t know the exact circumstances for Kaparo’s very public divorce beyond what is in the public domain. Kaparo looks gracious and wisest, especially in turning down a request for DNA test, seeing as he comes from a different generation, where fatherhood was a social role besides being biological. Whatever. Here are a few quick things to think about.

1. It doesn’t matter how long your marriage has lasted, your wife can ask for divorce any time.

Kaparo was married for 40 years. Dr. Dre for 24 years. Whether her reasons are justified or not, when it comes to divorce, it is a woman’s world and you can see how both men have been humiliated. There is no dignity in divorce.

2. If you can, keep your affairs private.

While for men in the public domain, their divorce is news to the world, for those of us ordinary men, let us keep our affairs private. I belong to the school of thought of not sharing our spouses and children on social media. Don’t learn this the hard way. Well, you can share from time to time. But over- sharing has its drawbacks. This is a personal opinion.

3. At the heart of divorce are children and property.

One spouse is almost, always never interested in the welfare of the children and the ensuing commotion doesn’t bother them. But as a man, always think of the effects divorce will have on the children. The trauma. This is entirely your responsibility. Be gracious in divorce and protect the minors. I repeat, the mental health of your children is your responsibility as a man.

Not sure how we came to love money so much, that it defines us, that in divorce it is the biggest deal, but it goes to show how rotten our souls have become. But for men, if unmarried and you suspect you would be or is a high-networth individual, sign a fucking prenup man. Don’t joke with this. If already married and have joint ownership of property, know you will lose a sizable deal, so if cracks emerge in your marriage, just get a good lawyer to advise you on the way out.

5. Still, if married and you have your own cash, it helps to be knowledgeable on ways you can invest your wealth separately from your family.

A trust maybe. Under a company, maybe. Check that will routinely. The idea is that you can work so hard and your wife and kids can turn on you, and in extreme circumstances you can even be killed.

6. The idea is not to be paranoid.

The idea is to be prepared for any eventuality. No man above 30 should be caught by surprise. Surprise can beat even the strongest when unprepared. As I have said, for men in my demographic, there is a 50 percent chance we will be single in our 50s, life is bearable in that age when you are liquid. No way of getting around that fact. 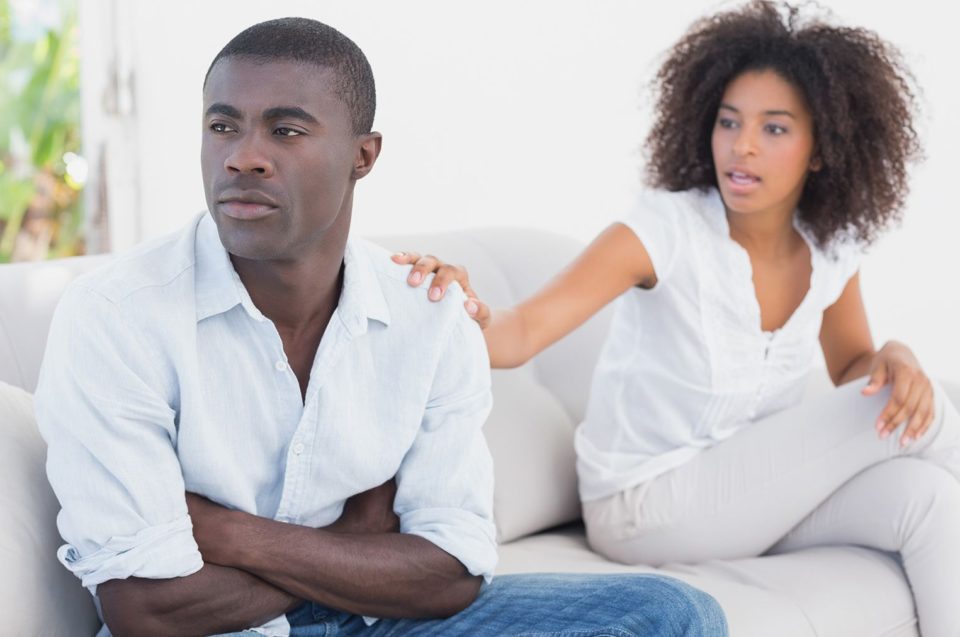 Money always loves back. But don’t get too attached to it. Develop other worthy ideals. Like a good bond with your children. They are your blood and can be your soldiers. I know divorced men who have a very good bond with their children. And I know some, for whom, after divorce, the children and the mother become mortal enemies. While a certain measure of bitterness is inevitable, free yourself from anger and love them back, and having a healthy relationship with your kids will serve you good in old age.

8. No one is immune to divorce.

Women hold very pragmatic views to marriage and relationships. Look at how they dump men. If the relationship stops to make sense to her, she is out. Of course the threshold of divorce for men is higher, since men invest more, but don’t get carried away that being the best husband in the world, the greatest father can inoculate you from divorce. It can happen to anyone and daily remind yourself you are not special.

9. Don’t let your wife separate you from your family.

In the likely event she won’t take to your family, separate your two families, and love them equally and separately. Love your father and mother. Love your siblings and their children. Your nephews and nieces are a great part of your hereditary heritage. Embrace them. Those ones will always have your back in the likely event your family turns on you. Be intentional on your relationships.

Divorce hits men harder. But good and meaningful friendships can take the sting out of it. You need sensible friends you can down a tot or two of whisky with. You can sun your balls in the coast with. You can drive around with, shooting breeze.

I never used to support polygamy. I still have my problems with it. But if you are a man, who is inclined to marriage, and relationships, seriously think about it. The law allows it here in Kenya. But do it only when circumstances are permissible. If you notice that your marriage that is abusive, where your efforts are unreciprocated, you can correct that mistake by marrying. But often, we attract a type and some men end up with two very awful mistakes. Just be wise.

READ ALSO: Gloves Off As OKA Calls For A Crisis Meeting After Malala Attacked Kalonzo And Gideon Moi 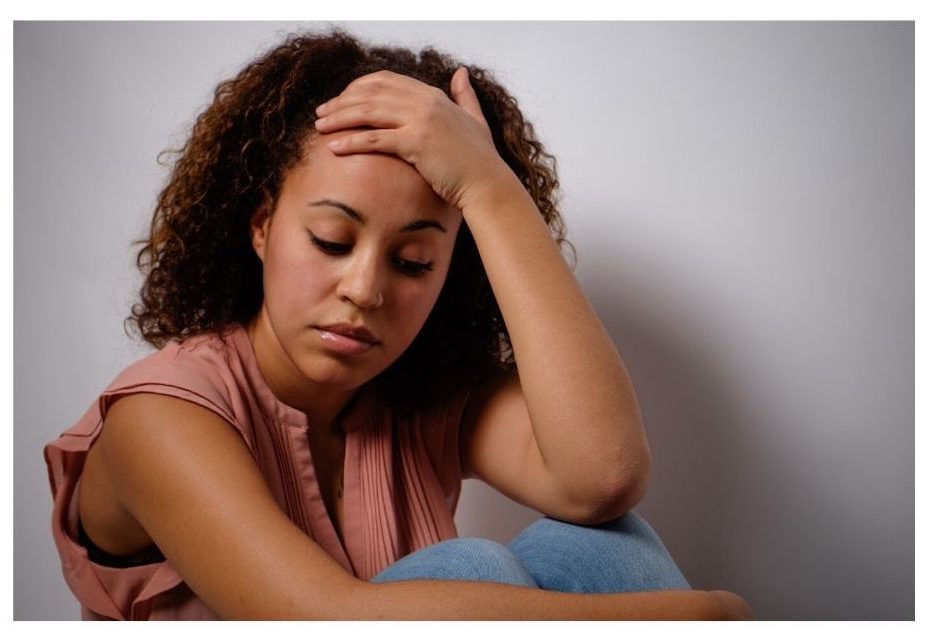 There is a lot of power in the freedom for those of us who like peace and freedom that comes with the Free Agent Lifestyle, as Coach Greg Adams advises. Free agent lifestyle is not a life of irresponsibility and recklessness. But we pursue our goals and go after meaningful relationships. We don’t force things. We don’t take abuse. Or drama. We don’t hate. We just pursue what is good for us and quick to drop anything that is not good for us. Think about it.

13. In the event you are divorced, take it on the chin, don’t lose your head with the ‘Why Me!” vibe. You won’t be the first man to be divorced. You won’t be the last. It is never easy, but pick that shovel and get back to work. It takes time but it will get better, trust me.

Subscribe to watch latests videos
In this article:Francis Kaparo,Kenyan politicians