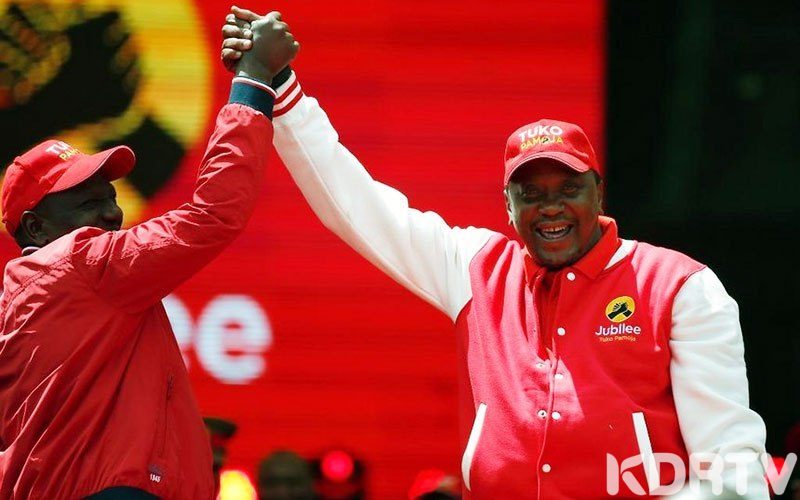 Following the unsuspected announcement of resignation by the Nairobi County’s Deputy Governor Polycarp Igathe, Jubilee Party leaders are making efforts to try and mend the relationship between Nairobi Governor Mike Sonko and his deputy Igathe who announced that he would be resigning from City Hall as from the  31st  January.

For instance, the Gatundu South Member of Parliament Moses Kuria on Sunday confirmed that together with Senator Johnson Sakaja and other Nairobi Jubilee County leaders, they would be trying to bring together Sonko and Igathe. However, Kuria disapproved Igathe’s resignation calling on him to realise that the deputy governor’s office is a political post, hence, he should be thick-skinned.

“The deputy governor post is still a political office. It may be filled by a technocrat but it is still a political office that needs the kind of navigation and suaveness like any other position. I have a lot of respect for Polycarp Igathe but I don’t support what he did. Don’t expect roses in politics, When someone is picking a political position, he should be ready to handle it. Don’t expect to be greeted with a bunch of flowers. You should be aware that Sonko is the governor and he calls the shots,” Kuria said.

Consequently, Kuria noted that the resignation of Mr. Igathe was a big blow to Jubilee, considering the ruling party regards the Capital as its key political zone having clinched it from the opposition. “I’d tell them (Sonko and Igathe) to subject themselves to the bigger goal that is serving the people of Nairobi. We have had five wasted years this is not the time to fight because we are still celebrating the fact that the county of Nairobi is in the hands of Jubilee,” Kuria continued.

Following the silence of law on the replacement of a deputy governor, Senate Majority Leader Kipchumba Murkomen is now working on legislative proposals that could enable a Governor appoint a new deputy should the one in office resign, die or be incapacitated making sure the current political crisis is taken care of.

On the contrary, Nairobi County Assembly Majority Abdi Guyo refuted Kuria’s view, saying County Assembly Members would be seeking to meet Sonko and Igathe to seek a solution. “The resignation of Igathe was definitely unexpected to us as Jubilee but as per the law this will not deter the governor from executing his mandate. I have spoken with the deputy governor and we have agreed we will have a meeting together with the governor and try and resolve this issue,” said Guyo.

With President Uhuru Kenyatta and top Jubilee leaders including Secretary General Raphael Tuju, returning back to the country on Sunday from South Africa, a process is expected to be initiated with the aim aim of bringing the governor and his Deputy together and avoid a political embarrassment following the divide.