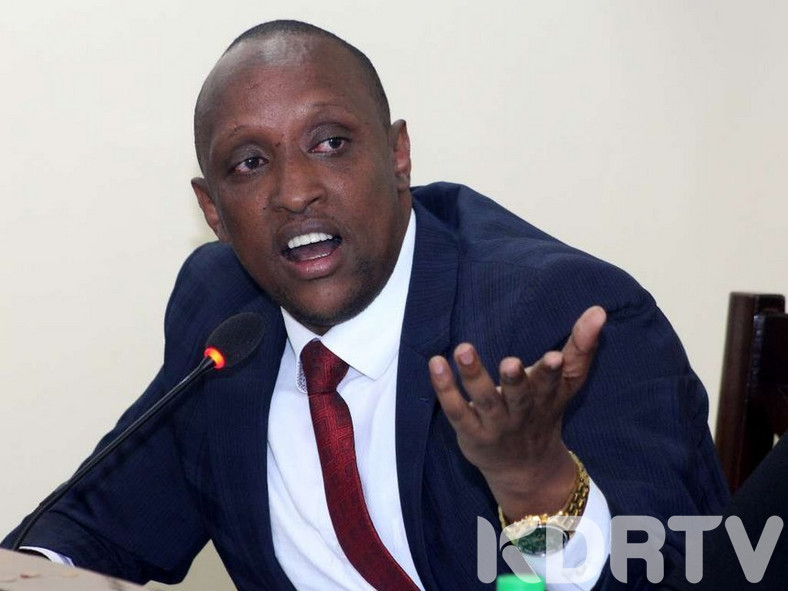 Abdi Guyo, the Nairobi County Assembly Majority leader has claimed that his life is in danger following the recent chaos that were witnessed at the assembly .

This is after Speaker for the Nairobi County Assembly Beatrice Elachi found her way back after court reinstatement in office after a dramatic ousting.

The Director of Criminal Investigations (DCI) had called on the ward representatives present during the chaos to present themselves at the headquarters to record their statements.

Guyo was among ward representatives that went to the DCI to record statements over the standoff witnessed at City Hall following the return of Speaker Elachi.

READ ALSO:Broken Office Equipment, Kicks, Blows And Teargas As Elachi’s Opponents Storm Her Office To Throw Her Out

It has been speculated that a group of the MCAs led by Guyo were against the return of Elachi, and had orchestrated plans to frustrate her and prevent her from accessing her office.

They were however unsuccessful as Elachi came in prepared with her team ready to defend and stand by her.

The events unraveled and turned chaotic, prompting police officers to intervene as they threw teargas canisters in the rooms.

Elachi addressed the media afterwards and stated that if anything was to happen to her, the majority leader of the County Assembly should be held responsible.