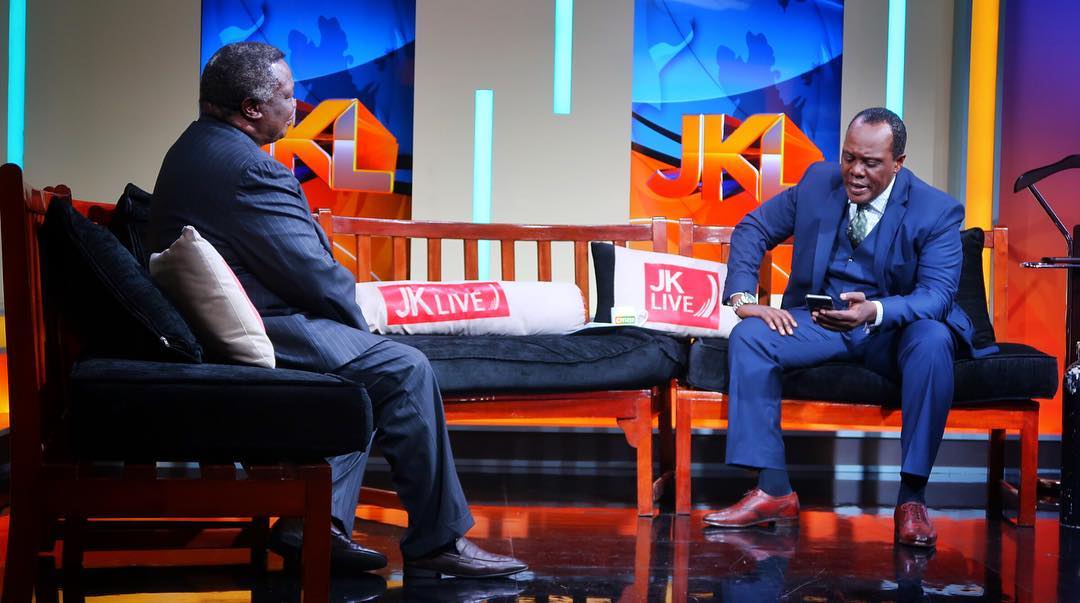 According to Atwoli, his friendship with President Uhuru Kenyatta and other officials who have been against Ruto will make him a clear target for the DP once he takes power.

“Where is your security Jeff? You will have a problem. Are you not related to President Uhuru Kenyatta?” Atwoli asked on Citizen TV.

“You will be the first person to be arrested because of your affiliations with the likes of Atwoli. Before you get any lawyer to bail you out, you will have answered so many questions.”

“I understand political dynamics in Kenya. I have seen popular leaders and they did not become President. People will turn up to vote in 2022 in big numbers,” said Atwoli.

Koinange and Uhuru have been friends for a long time.

According to many, even though the interview centered majorly on Uhuru’s role as President of the United Nations Security Council, many hoped the seasoned journalist would also ask questions on matters on national importance and that are pressing such as the security crisis in Laikipia county, the ever-rising fuel prices, the early campaigns and total disregard of the Covid-19 containment measures by politicians, and the boundaries row with Somalia.