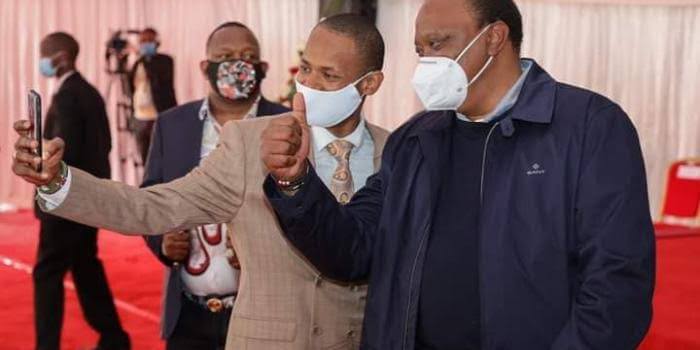 (KDRTV) – Embakasi East MP Babu Owino has said that he is ready to forfeit his seat in order to help President Uhuru Kenyatta become Prime Minister in 2022.

If the BBI proposals are passed in the looming referendum, the constitution will create the position of Prime minister who must be appointed from Parliament.

This means that President Uhuru must first be elected as an MP before he can be appointed PM. Babu wants the former Gatundu MP to seek election in Embakasi East.

The Lawmaker said that by reaching out to ODM leader Raila Odinga, President Kenyatta proved that he is ready to put the country above himself and should therefore continue with the country’s transformation agenda.

Read Also: My Life is in Danger – Babu Owino Says

“Given how competitive the 2017 election was, many lesser leaders would have used their second term to tighten their grip on power and pursue unilateral governance.

” But our President recognized saw the weaknesses of winner-take-all and rose above! In choosing to work with his erstwhile opponent for the benefit of the people, President Kenyatta demonstrated the vision of the legendary giraffe that can scan the expanse of the Savannah in ways the rest of the wildlife can only dream,” the Lawmaker said in a long Facebook post.

The President, Babu said, has united the country through the BBI report.

However, the transformation will not end with the referendum, and there is a need for Uhuru to remain in power, as PM, to continue leading the leading the process.

“The mission of uniting all of Kenya will not be complete with the passing of the BBI document. This will only mark the beginning of an extended process. I will be seeking to persuade the President that he must seek election as Prime Minister to sheperd this crucial national project,” Babu said.

Read Also: Was Babu Owino Paid to Campaign for Mariga?

The sentiments come just a day after Kandara MP Alice Wahome claimed that President Uhuru Kenyatta is amending the constitution to remain in power beyond next year’s elections.

There is a feeling in the DP’s camp, that the BBI report is a political process eying to take over the country’s leadership in 2022.

President Uhuru Kenyatta has always maintained that he will retire when his term ends.