Activist John Githongo who claimed in a sworn affidavit that hackers gained access to the databases of the Independent Electoral and Boundaries Commission (IEBC) and altered forms 34A, now claims that the logs he provided as evidence were demonstration screenshots of how the server can be accessed and manipulated.

The supplemental affidavit was submitted in response to the assertions made in president-elect William Ruto’s answering affidavit and that of Dennis Itumbi, Davis Chirchir, Eric Mulei, Raymond Kiprotich Bett, and Ashif Kasim.

However, John Githongo has refuted any claims of forging logs, arguing that it is impossible to forge something supplied to you by someone else.

“The logs annexed to my affidavit dated 21st August 2022 are the exact logs given to me by the young man referred to in my affidavit and therefore the logs did not originate from me or the petitioner.” John Githongo says in the supplemental affidavit. 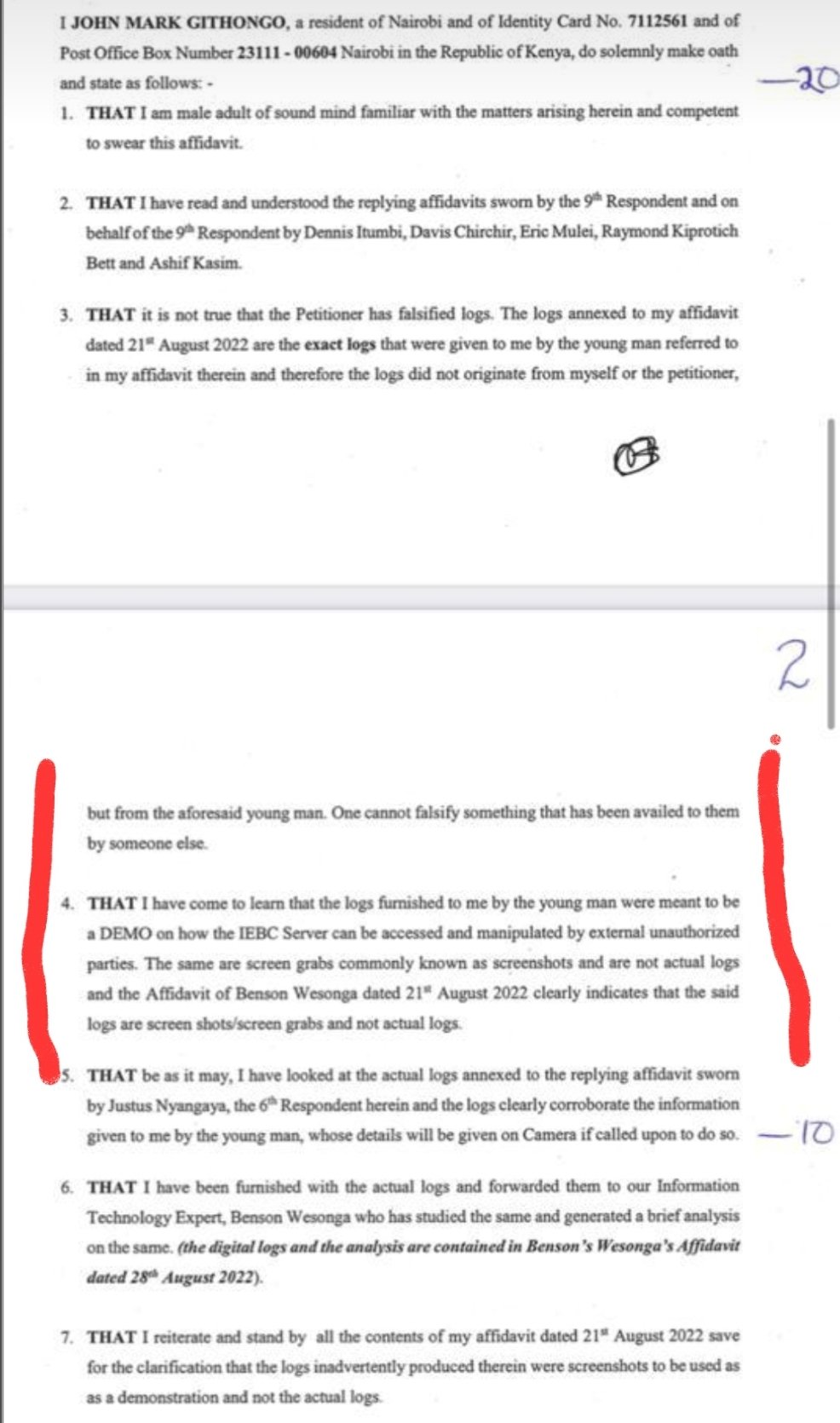 John Githongo had stated in a previous affidavit that he had interrogated a hacker who was part of a 56-member team recruited by Dennis Itumbi. The hacker admitted to intercepting form 34As and manipulating the figures in favor of Ruto before re-uploading them to the IEBC system.

“I have come to learn that the logs furnished to me by the young man were meant to be a demo on how the IEBC server can be accessed and manipulated by external unauthorized parties. The same are screen grabs commonly known as screenshots and are not actual logs.” He said.

According to John Githongo, the logs in IEBC Commissioner Justus Nyangaya’s affidavit support the information he had previously obtained regarding the hacking of the IEBC system.

Githongo asserts that the details of his prior declaration provide more proof that forms 34A were altered, a contention Ruto denies.

The Supreme court petition is set to begin the hearing on Tuesday with the final verdict scheduled to be given on Monday September 5th.