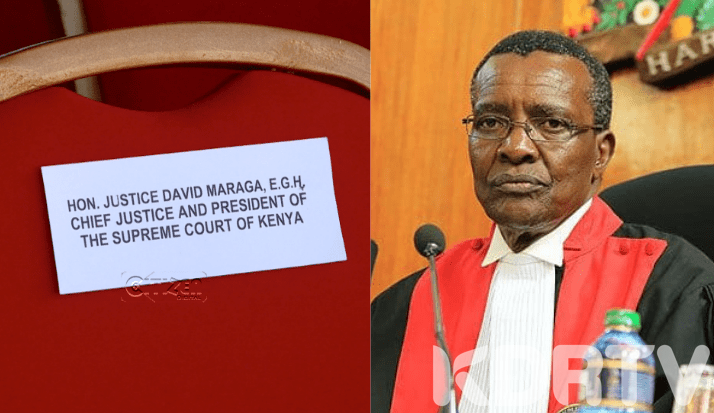 The relationship between the Judiciary and other arms of the government was questioned on Thursday after Chief Justice David Maraga and other senior officials of the Judiciary missed the Jamhuri Day Celebrations at the Nyayo Stadium in Nairobi.

The reserved seat for Chief Justice Maraga remained conspicuously empty at the front row of the dais which is normally occupied by also the President, his Deputy, Speaker of the National Assembly, Senate House Majority Leader and Chief of the Defense Forces.

More interesting, Deputy President William Ruto in his speech began by mentioning chief Justice Maraga as among the guest who was present at the State function.

However, Maraga had earlier hinted that he would be skipping all the state functions citing disrespect from the Executive Arm of government

“Unless I am treated with dignity due to my office, I will choose which of State functions to attend,” Chief Justice David Maraga said in a televised address on November 4, 2019.

During that time, Maraga disclosed that during this year`s Mashujaa Day celebrations in Mombasa, he was left to walk to the dais through a sidewalk and the Master of ceremony did not acknowledge his arrival yet the same was done for other senior state officers