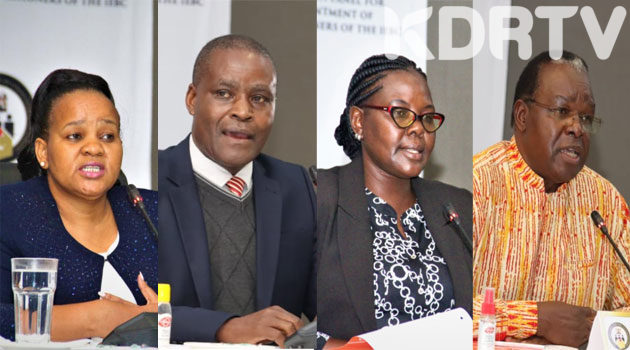 The Independent Electoral and Boundaries Commission (IEBC) has found itself in a dilemma over a list of voters who may have been transferred without their knowledge or registered twice.

The issue of voters being transferred without their permission, has divided the IEBC commissioners, who have until June 16 to clean up the record in preparation for the August 9 election.

Wafula Chebukati admitted on Wednesday night that more than 246,000 voters included in the record were deceased. Another 481,711 individuals had duplicate data, and 226,143 others were registered with cards that did not belong to them. He also claimed that 164,269 other people had been registered with fake IDs. This will affect around 1.1 million voters out of a total of 22.4 million. With less than 60 days till Election Day, the IEBC’s ability to execute a free, fair, and transparent General Election has been called into question.

Despite the pressure, Chebukati said the commission will push forward with the election preparations.

“We have our election plans which we have been following… The commission will deliver to Kenyans a free, fair and credible election come August 9,” he said.

A section of commissioners are advocating for inclusion of  “invalidly transferred” voters in the final total of 22,4 million registered voters on the grounds that excluding them would expose the electoral body to legal suits.

This comes barely a week after DP Ruto claimed that more than one million voters from his strongholds had been deleted from the register in an alleged attempt to rig the August elections.

“You have seen in the media that there was an attempt to obliterate names from the IEBC register, and so far about a million names have somehow disappeared from the IEBC register… and I think that the IEBC has said it is taking some remedial steps,” he said during a meeting with European Union ambassadors.