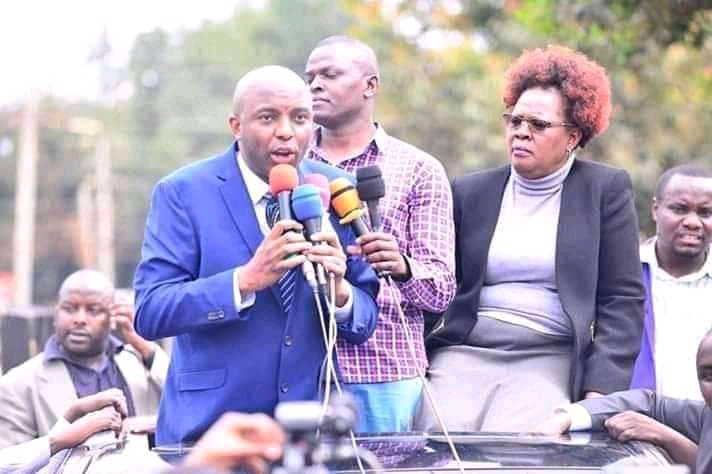 Murang’a Senator Irungu Kang’ata was forced to swallow his pride today and beg for an extension of Ksh60,000 from his partners in United Democratic Alliance (UDA) after Deputy President William Ruto pushed him to an economic wall following the “fringe” contribution of Ksh40,000 during the bursary fundraising drive in Gatanga Constituency, Murang’a county.

The second in command DP Ruto today, Wednesday, 3rd November led a bursary fundraising event that intends to benefit more than 10,000 vulnerable families in Gatanga Constituency. However, dramatic laughters filled the air after the hustler nation chief principal Deputy President turned back Murang’a Senator Irungu Kang’ata to go and look for another Ksh60K to add to Ksh40K that he was to contribute.

Embarrassed Kang’ata tried to recollect himself by smearing a far fetched smile on his face as he steadily walked back to the dais with a stream of unanswered questions pilling in his minds. According to the video doing rounds on social media, Kang’ata was forced to engage his Tangatanga counterparts in low murmurs.

Deputy President William Ruto instantly turned into a loan lending suitor and declared to clear for Kangata’s Ksh60K “debt” which he was supposed to repay back later.