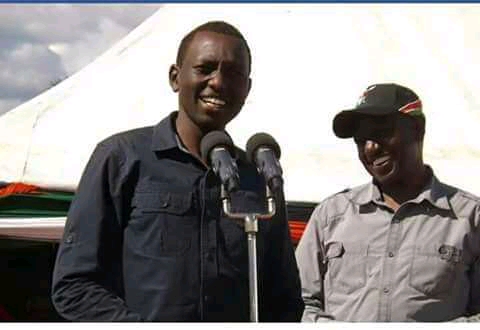 Nick noted that Uhuru has technically forgotten the struggles and efforts Deputy President William Ruto imputed into Jubilee strategies to ensure that he (President Uhuru Kenyatta) takes over the presidency from the former president Mwai Kibaki in 2013.

However, he also breathed hope for DP Ruto’s Presidency by affirming that he will marshal out the aforesaid planned coalition to ascend to the country’s top seat in 2022.

“He (Uhuru) needed one man (Ruto) to beat 5 principals. But today, he is desperately organizing 6 principals to defeat the same one man, Ruto. The one man wi mercilessly beat them in the ballot. Some struggles are too hard” Nick Ruto wrote. 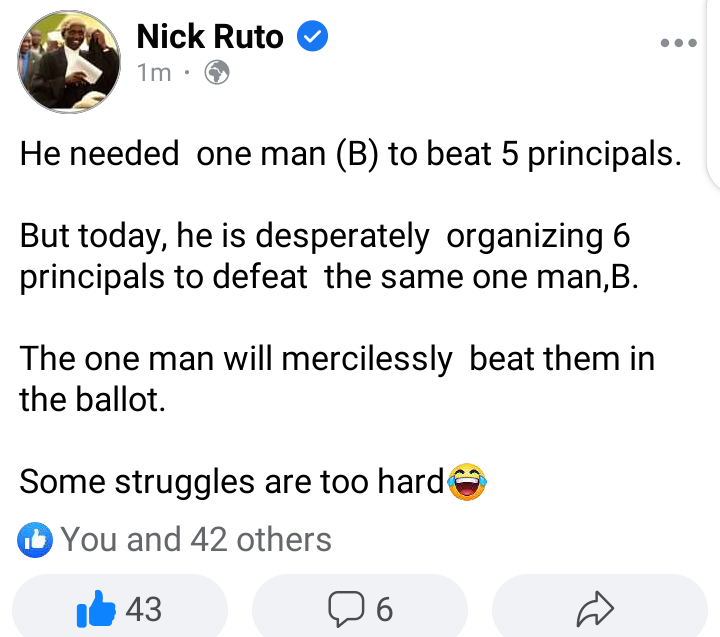 The hustler nation battalions have stayed unbothered following Jubilee’s threat to excommunicate them from the party.

They informed that they moved out of Jubilee camp long time ago and scaled a new home (United Democratic Alliance) UDA where they have been pressing hard the button of bottom-up economy.