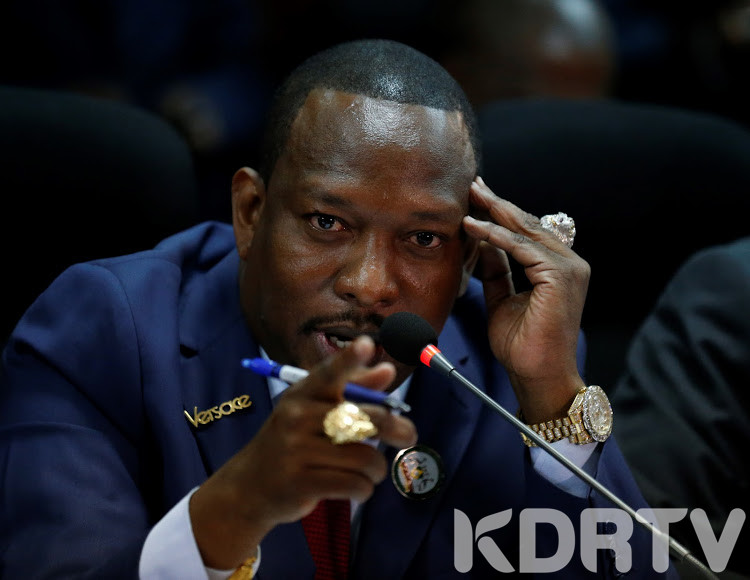 The Director of Public Prosecutions (DPP) Noordin Haji has ordered the arrest of Governor Mike Sonko over corruption charges.

Haji said there is enough evidence to prosecute Sonko and senior City Hall Officials over irregular payments in the ongoing construction of Dandora Stadium.

“In October, EACC launched investigations into suspected procurement illegalities and irregular payment of Sh 196 million in the ongoing construction of Dandora stadium. Ethics and Anti-Corruption Commission detectives are probing top City Hall officers over allegations of violation of the laws in procuring a contractor for the Sh350 million project” the DPP said in a statement to newsrooms.

Sonko has recently been on the limelight for all the wrong reasons and is also under investigations for allegedly sneaking out of the Shimo La Tewa Prisons in 1998.

"Any attempts to instigate social unrest in Nairobi, or otherwise incite the public will be countered." #NTVToday pic.twitter.com/uBcFjHeelL

However, the more interesting part in the whole plot is who will replace Sonko as the next governor. The law clearly states that if a governor is charged with graft, then he must step down to allow for investigations.  The governor can only resume office after he is cleared by the courts.

In Kiambu County, Deputy Governor James Nyoro has been acting as governor since the incarceration of Governor Waititu over corruption charges. Nairobi is a bit complicated because Sonko does not have a deputy.

Mike Sonko has been trying to avoid the appointment of a Deputy governor now the fate of Nairobi county will be on the judge's hands if he will be arrested and be prosecuted, then the office declared a scene of crime, I wonder with this city fights who will run Nairobi county!!

Sonko has stubbornly refused to appoint a deputy since Polycarp Igathe resigned in February 2018. Mr Igathe said he had failed to earn the trust of his boss.

So who will replace Sonko at the City Hall hot seat?

Beatrice Elachi, the embattled Nairobi County Assembly Speaker is now the favourite to take over the county.

Beatrice Elachi,probably the interim governor of Nairobi after DPP ordered the arrest & prosecution of Mike Sonko & other county employees! Elachi was frustrated by MCAs but a silver lining is now near ,it's now your time Elachi pic.twitter.com/O9hOR84D5x

Nairobi has had her own troubles at city hall. She was impeached by MCAs in September 2018, but forced herself back to the office in October this year. She has recently been speaking highly of Governor Sonko and she might be the only friend Sonko will trust to take over.