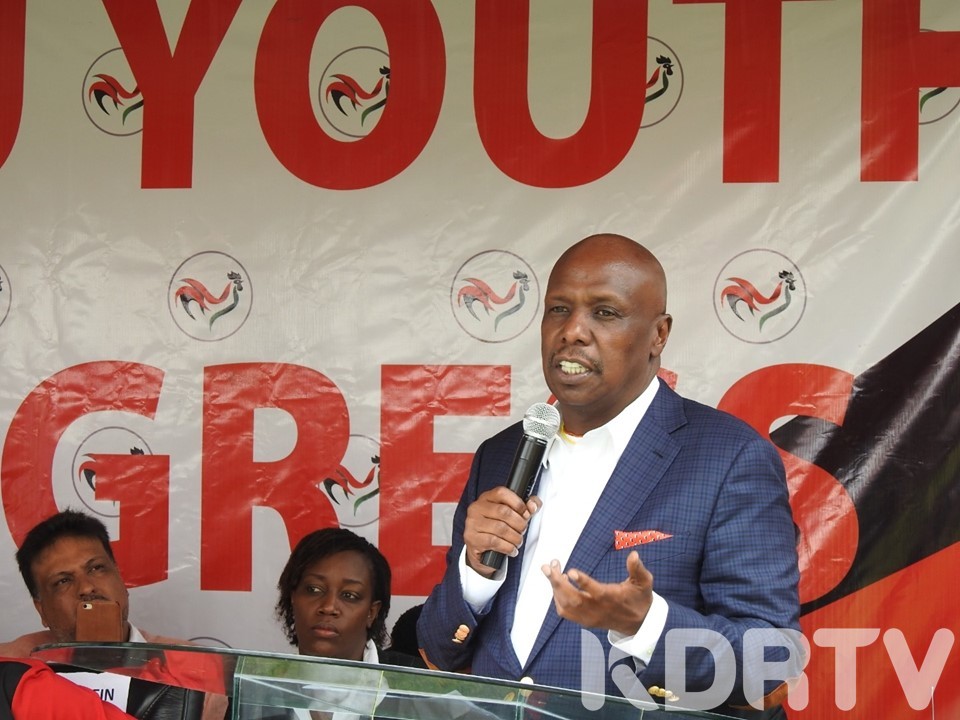 Baringo Senator Gideon Moi has announced that KANU Party is solidly behind Imran Okoth, the ODM Candidate in the Kibra by-elections.

Moi, the KANU Chairman, has instructed the party’s Secretary-General Nick Salat to constitute a high-level campaign team and hit the ground in Kibra and drum up support for Imran.

He said that in the spirit of the handshake between President Uhuru Kenyatta and Opposition leader Raila Odinga, it was crucial for Kanu to take a stand on the Kibra by-election.

“It is important to come out strongly and show our support to the ODM candidate in the spirit of the handshake,” said Gideon.

He spoke during a meeting with the KANU Youth Congress officials at the party headquarters on Thursday.


KANU’s declaration will come as a huge boost to the ODM Candidate with less than three week’s to the highly contested elections. KANU supported President Uhuru Kenyatta in the 2017 elections but it is not clear why they are not supporting Jubilee Candidate MacDonald Mariga.

Apart from Mariga, Imran is also facing stiff competition from former Raila aide Eliud OWallo who is running on an ANC ticket.

The stakes are so high in the elections that two MPs have placed bets to predict the outcome of the race.

According to a local daily, Sirisia MP John Walukhe (Jubilee) and Peter Kaluma (Homa Bay), have placed a bet of Sh1 million each, for what is being dubbed the “Kibra Challenge”

Read Also: Kenyans Call for the Arrest of Junet Mohammed For Threatening to Burn Ruto’s House

While Walukhe is rooting for Mariga, Kaluma is confident Imran will carry the day in the mini poll slated for November 7.

Meanwhile, Mariga may not even be on the ballot, if a Kisumu voter gets his way. The voter has gone to court seeking to have the former Harambee Stars footballer be blocked from the polls.