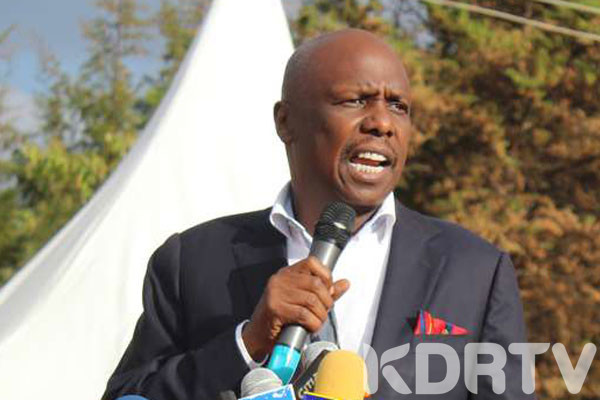 Would you vote for Gideon Moi as your President? The Baringo Senator was trending on Twitter for the better part of Tuesday morning with a section of tweeps claiming that he is the man to right the wrongs of the Jubilee Government.

Who is Gideon without Moi? There are so many Gideons out there, but this particular Gideon stands out because of the fact that he is the son of the former President. Some people have argued that he has never stolen any public funds, which could be true if their argument is based on the fact that he has never been dragged to court over corruption. But we all know that things are very different on the ground.

Gideon has done very little or nothing for the people of Baringo for the more than 15 years he has been in active politics. Baringo people still die from snake bites, can you imagine?

Why does Gideon want to be President? Is it because his father led this country for 24 years and he believes the presidency is a birthright? Last year, during the burial of Jonathan Moi, Gideon Moi actually sat on his dad’s chair like the heir he is. In 2022, he will be in contention to inherit the seat his dad left after 20 years.

10 years ago, Kenyans were asked to vote for the son of another former President. He is rich, he won’t steal from us. They said. Look at how it turned out!