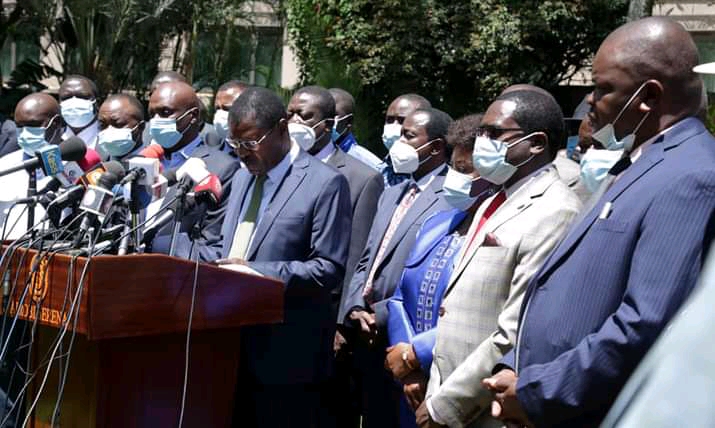 The race to seek President Uhuru Kenyatta’s successor has been characterized by divorce, betrayal and new political alliances bedeviled with indecisive centre players erecting tents in the new camps ahead of 2022 general election.

“I’m no longer the deputy party leader of Ford Kenya. I actually relinquished my position two weeks ago when Ford Kenya had its NDC. I couldn’t stay in Ford Kenya when I actually believed in voting for Raila, so I walked out. I will figure out when the time comes the party I belong to” MP Richard Onyonka said.

Hon Richard Onyonka’s Deputy Party leader’s position was taken over by his counterpart MP Hon Obiri who was elected on an independent ticket in Kisii county.

Kitutu Chache lawmaker leaked the ravaging danger awaiting Ford Kenya party where he claimed that Hon Obiri is also circumnavigating on the edge of ODM party searching for an entry point to officially decamp to Azimio la Umoja faction.

“The new deputy party leader is a good friend of mine from Kisii county called Hon Obiri who was elected on an independent ticket so he is also waiting to cross” he added.

Over the weekend, ODM party boss camped in Mulembe nation where he opened the Pandora box of goodies aligned to benefit the people of Ingo once the ODM takes power in 2022.