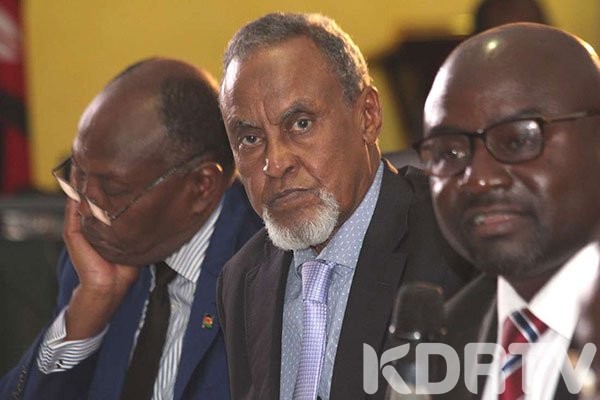 The committee recommends the repeal of the County Governments Act 2012 and replace it with the Devolved Governments Act through a referendum which will also create the regional governments as was envisioned in the Bomas Draft.

The proposals will not be received well by current governors who will lose their lucrative positions. It is not clear how governors serving their second terms in office will receive the proposal. Whereas the current constitution bars them from seeking a third term in office, the BBI draft may offer them a lifeline.

The proposals for regional governments will be a big win for ODM leader Raila Odinga who has publicly called for the creation of a three-tier system of governance.

ODM leader Raila Odinga calls on Kenyans to support the BBI whose report is to be made public in the coming days.

According to the former prime minister, some counties are uncompetitive because of their population and related factors.

“One of the facts we’re dealing with but hardly acknowledge is that a number of our counties as they are today are too tiny to compete and to marshal internal and external resources for development,” he said.

The draft also recommends the introduction of a seven-year non-renewable term for the president and the creation of the position of prime minister and deputy prime minister, saying it would address the cut-throat competition in presidential elections.

Critics of the BBI say that Raila Odinga could be eying the President’s position while President Uhuru Kenyatta could become Prime Minister after the 2022 elections. Uhuru has maintained that he will retire at the end of his current term.

BBI report has lots to be known..
In the marging of counties and reduced constituency what mathematics are they going to use?
A constituency of lest then 70000 voters would be scraped and we 133k voters in some.
Tell me guys..

And as one way of reducing the public’s huge pay bill through overrepresentation, the BBI also seeks to reduce the number of senators and MPs from 67 to 29 and 349 to 180 respectively. All the positions of nominated senators and MPs will also be scrapped.