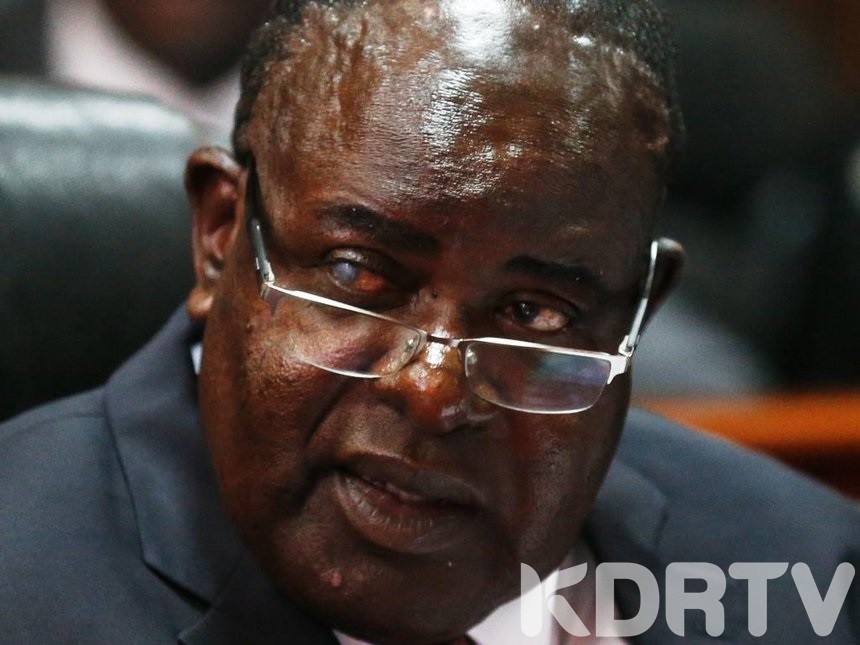 The Governor during a swearing in ceremony of Roads and Public Works Executive Samuel Nyaoke reassured the residents that he had regained his sight and was no longer in need of assistance from his aides to carry the county activities.

Awiti ideally stated that he had been given a go ahead by his doctors to work vigorously as he was in a good state and able to see again after being temporary blind.

“I lost my sight but God has given it back to me. I thank everyone who prayed for me, ” said Governor Awiti.

Governor Cyprian Awiti revealed that he could not serve residents effectively due to loss of sight. https://t.co/fdjpQ2ZAxq

The County boss has been experiencing eye related illnesses, and has been on treatment since late 2018 where he had a cornea transplant and needed more time to recover.

The last time he was in the County Office as  Governor was on August 29, during the swearing in ceremony of County Municipal Board Members.

For the period that he was seeking treatment, the Governor left the county under his Deputy Hamilton Orata and County Secretary Isaiah Ogwe.

However, things took a new turn as the resident of Homa Bay county together with some executives accuse the Deputy Governor and County Secretary of sabotaging development and embezzling funds.

For instance, the two were accused of misleading the Governor and plunging the county into a mess in his absentia.

The governor made a reassurance to the the people that elected him stating that he was ready to finish on the projects that he had initially started and would work tirelessly to ensure he met the agendas and manifesto he was elected for.

“I don’t want to attack anyone with statements that will cause conflict. I know I have been criticized by many people but what I know is that whoever is criticized is the one who works. I want to leave a good legacy in Homa Bay. I ask for your support in fulfilling the promises I made during my campaigns,” said Awiti.

His final words were caution to other elected leaders and cabinet members to deliver what they promised or resign.