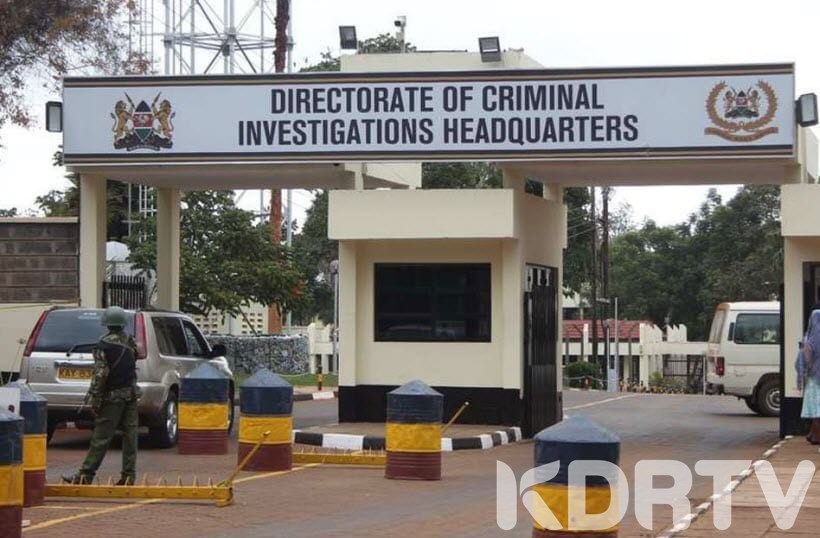 (KDRTV) – Sleuths from the Directorate of Criminal Investigations (DCI) have arrested a senior police accused of abducting four boys and sodomizing them in his house.

Police inspector John Marete, who is in charge of Ntumu Police Station, is alleged to have abducted the four boys aged between 14 and 19 years and sodomized them for an unspecified period of time. The boys were found in the wee hours of Tuesday morning, sleeping on the floor of the officer’s house.

“This morning some minutes past midnight, our officers rescued four boys aged between 14-15 years and two young adults of 18 & 19 years, from the yoke of sodomy.

“Upon expeditious interrogation of the boys, it was established that the senior officer has been sodomizing them for an unspecified period. The suspect has since been placed in custody pending further investigations and arraignment,” DCI said in a statement.

This morning some minutes past midnight, our officers rescued four boys aged between 14-15 years and two young adults of 18 & 19 years, from the yoke of sodomy.

The crime busters said the arrest was made after they were tipped off by a member of the public. DCI has urged Kenyans to continue being vigilant and provide such information to the police.

“We thank the member of the public who provided information leading to the perpetrator’s arrest. Equally, we appeal to Kenyans to continue making such reports anonymously, through the DCI emergency toll-free line 0800722203, for decisive action by our detectives,” the George Kinoti-led team said.

Subscribe to watch latests videos
In this article:Headlines, John Marete