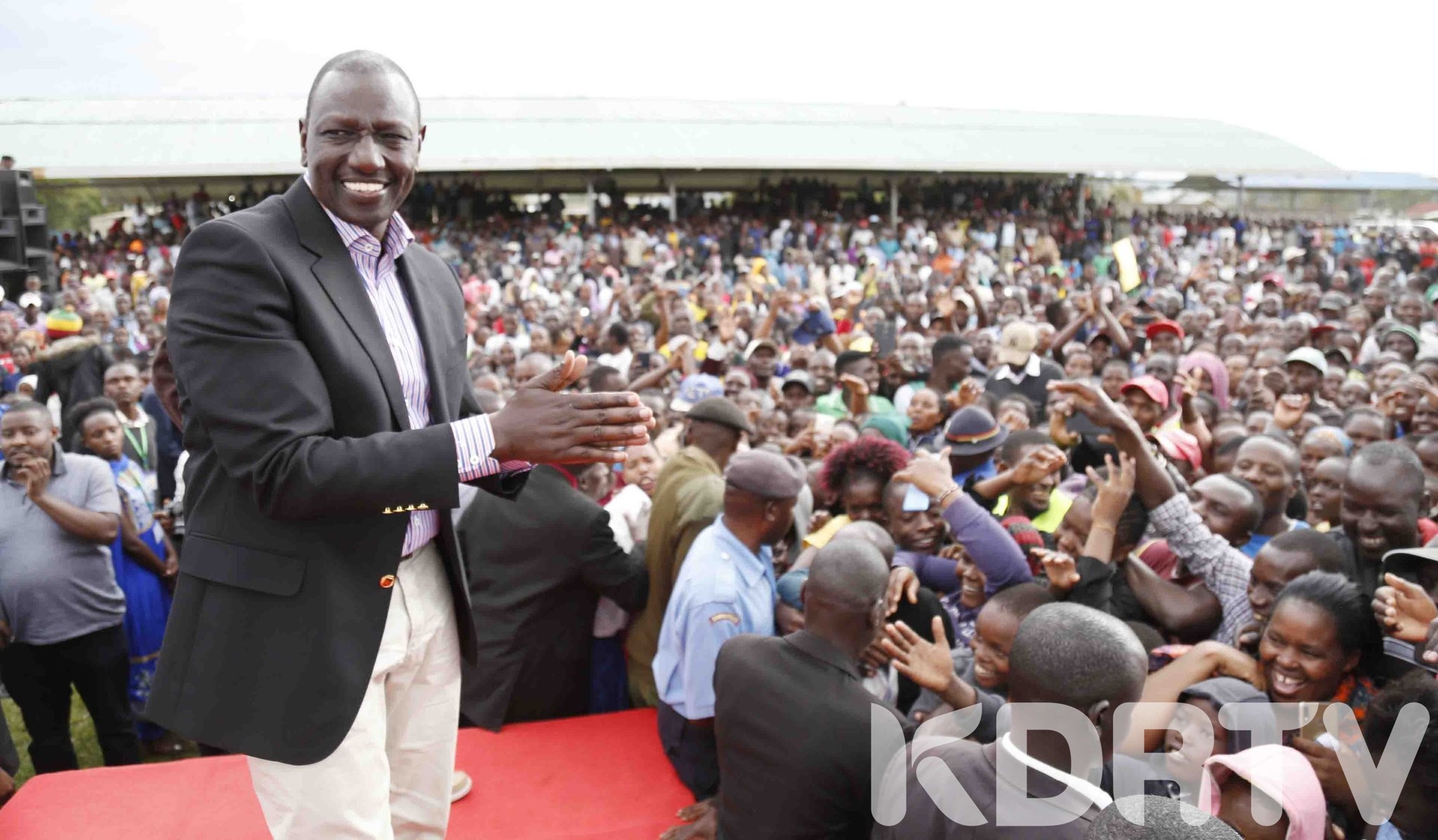 It has taken some time for Ruto to launch a direct attack on ODM leader Raila Odinga, especially on the Kibra race. Ruto is intelligent enough to know that Baba enjoys a fanatic following in the slum constituency and therefore attacking him can be suicidal. That is why he can’t dare attack Baba in Kibra, even the above statement was intentionally issued in Nakuru.

Yet the message was passed across. Baba has panicked and that is why he has had to seek help from other parties in a region considered to be his bedroom. First, it was Maina Kamanda, a man who couldn’t defend his seat two years ago.

Raila has also invited Machakos governor Alfred Mutua to Kibra. Political analysts are wondering how many votes Mutua can bring to Imran Okoth’s basket? Negligible is the answer.

All along, this is what Ruto wanted to achieve when he fielded McDonald Mariga to run on a Jubilee ticket. He wanted to rattle baba, bully him in his own bedroom. He has achieved this with flying colours.

Since the March 2018 handshake between Raila and his brother Uhuru Kenyatta, ODM has been spoiling for a fight with Ruto. ‘We are in government,’ they said!

In October last year, the party falsely accused the DP of sponsoring Eddy Oketch in the Migori Senatorial by-elections. Ochillo Ayacko won the post partly because of this propaganda.

Read Also: Kibra is not Your Bedroom! Ruto Vows to teach Raila a lesson

ODM Secretary General Edwin Sifuna and Siaya Senator James Orengo tried the same tactic in the Embakasi South and Ugenya by-elections but it backfired on the party.

They claimed Ruto was sponsoring Julius Mawathe in Embakasi South and David Ochieng in Ugenya, the two went ahead to clinch the seats. Ruto took credit for their wins, congratulating them on social media with the hustler nation has won slogan.

In Kibra the DP sent two clear messages to Raila’s camp; that he still calls the shots in Jubilee despite the handshake. He ensured the party fielded a candidate in Kibra and the same candidate was endorsed by President Uhuru Kenyatta, Raila’s brother.

The other message is that he isn’t afraid to take the battle to baba’s bedroom. Whereas he has been accused of sponsoring other candidates in the past, he has shown the world what a Ruto candidate looks like. Mariga has had access to the Tanga Tanga machinery including bloggers like Dennis Itumbi and prayers from Mama Rachel Ruto.

Unlike Raila, Tanga Tanga is ready to break the bank to achieve its goals. Kenyans love money, they don’t care about its source. We are all corrupt anyway, just look at how we stole Safaricom Data Bundles in billions and you will understand who we are.

Unfortunately, Raila’s team does not understand this. They have made a lot of noise about Ruto dishing out stolen money in Kibra. Instead of the residents shunning him, everyone wanted a piece of that cake.

The ODM candidate is still the favourite to win the Kibra seat in next week’s poll but Ruto was never interested in it from the word go. It was Raila he wanted.

Most people have forgotten that Ruto is among the pioneers of ODM, he knows Raila inside out and knows he can comfortably beat him in 2022.

The DP wants the former PM to vie again, we hope Baba will not take the bait.