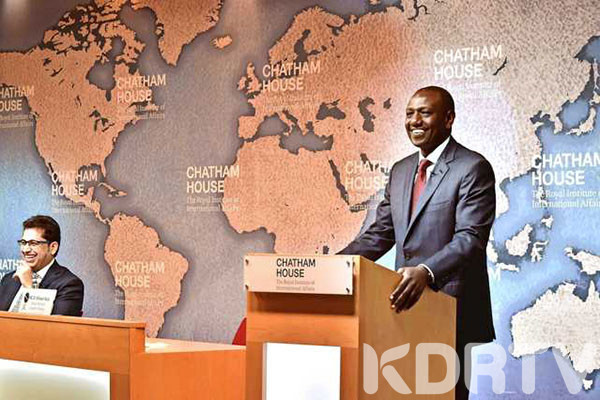 Deputy President William Ruto’s handlers are crying foul over the lack of official foreign trips coming his way. Ruto’s aides believe that this could be a deliberate effort by powerful forces within Statehouse to block him from making connections ahead of 2022 Presidential race.

Ruto has not travelled out of the country since February this year when he delivered a speech at the Chatham House, in London. President Uhuru Kenyatta has made 10s of trips across the world during that period.

Even during the London trip, the DP had to cut short his stay after Statehouse informed him that President Uhuru would be leaving the country for Ethiopia the next day, meaning he had to be around. The President and his deputy cannot be outside the country at the same time.

Ruto’s team is wondering why Statehouse has not delegated him (DP) the duty of representing the President on international functions like it is the norm. Uhuru’s handlers are sending Cabinet Secretaries and even AU Envoy Raila Odinga to represent him abroad.

Ruto was scheduled to travel to Canada in May this year but the trip was cancelled last minute. It is still not clear why this happened.

Foreign trips are crucial for anyone nursing presidential ambitions since they establish important international contacts. But Ruto, who has set his eyes on the presidency in 2022, has not been able to cultivate such contacts with foreign leaders.

The DP has now been reduced to ‘tanga tangaing’ across the country in different church functions. But even his local travels have reduced after budget cuts in his office.

There has also been a heated discussion on his generous church donations with his competitors calling the government to ban church harambees. On Saturday, the Catholic Church announced that it had banned politics in church and the huge donations.