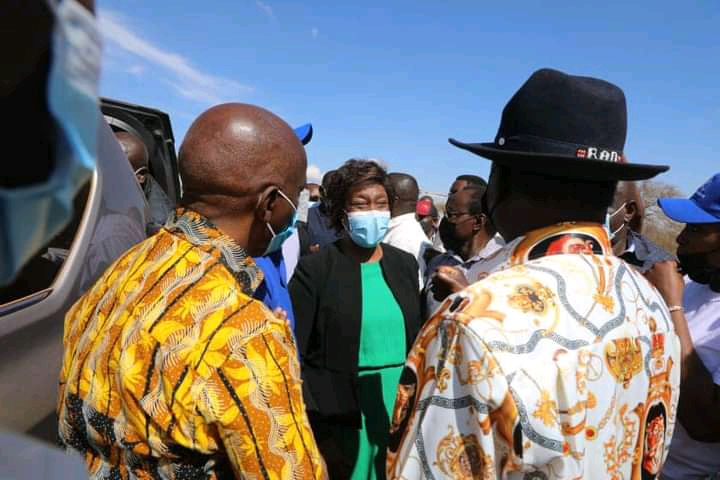 Speaking during the charm offensive Azimio la Umoja tour that is being geared by the Orange Democratic Movement (ODM) party leader Raila Odinga, the iron lady teared the hustler nation’s wheelbarrow narrative that has caught the political eyes in various regions.

Charity Ngilu faulted Deputy President William Ruto for allegedly preaching water and drinking wine after 10 years of promising non-existent projects of offering laptops to primary pupils that has remained unachievable and a nightmare. He expressed her dissatisfaction with Tangatanga movement and alluded that she always switches off her Television everytime DP Ruto’s ongoing frenzied rallies comes into limelight news.

“I Switch off my tv every time they air news about William Ruto. Ruto promised our children laptops, now he wants to offer them wheelbarrows. Doesn’t he know the difference between a laptop and a wheelbarrow?

She also intimated that DP Ruto and his allied legislators have been dragging president Uhuru Kenyatta’s development agenda behind and pose a huge hurdle to deliver the Jubilee’s big four agenda.

At the same time, she called One Kenya Alliance (OKA) chief principals (Kalonzo, Wetangula, Gideon Moi, Mudavadi and Cyrus Jirongo) to team up with ODM party head Raila Odinga for them to save their alleged sinking political dreams. She affirmed that Raila Odinga will form the next government and wouldn’t wish to exclude Ukambani perceived kingpin Kalonzo Musyoka.

“I am even ready to chair the committee that will ensure Kalonzo, Mudavadi and the Ukambani three governors join hand to support Raila. This is where the next government will be” she added