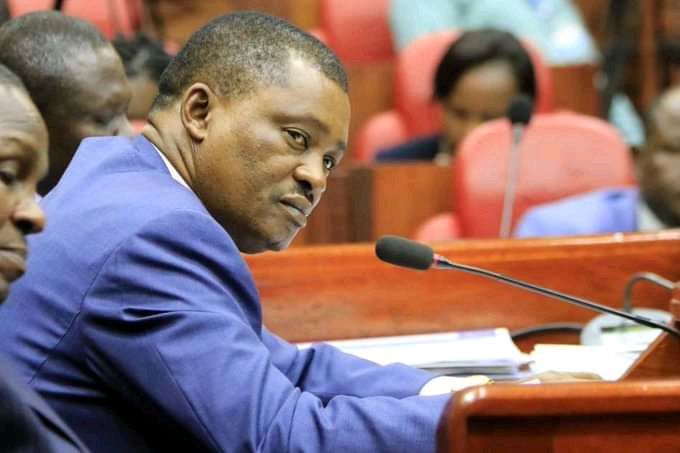 Speaker of the National Assembly Justin Muturi has publicly declared his worth during questions and answers interview on Twitter his followers.

Muturi stated that the bill to expose public officials’s wealth and an explanation on how they acquired them seats well with him since he can confidently account to his wealth and channel valid explanations on how he got each coin.

“I support a lifestyle audit on all leaders plus an explanation of how all their wealth was acquired and this should not be done in secret,” Speaker Muturi tweeted

At the same, a follower who questioned about Muturi’s worth was jointly served with a confirming response that disclosed his net worth. He revealed that his properties were acquired through bank loans and civil servant remuneration for over 36 year.

“I am worth Approx.Ksh.300M most of my property was acquired through bank loans and civil servant remuneration for 36 years,” he added.

This comes a time when a bill proposing for the lifestyle audit among the public officials was fronted at stake to openly expose the wealth and properties owned by the civil servants.

Speaker Justin Muturi hopes to wrestle down DP Ruto, ODM party leader Raila among other interested candidates for the country’s tip seat in 2022.