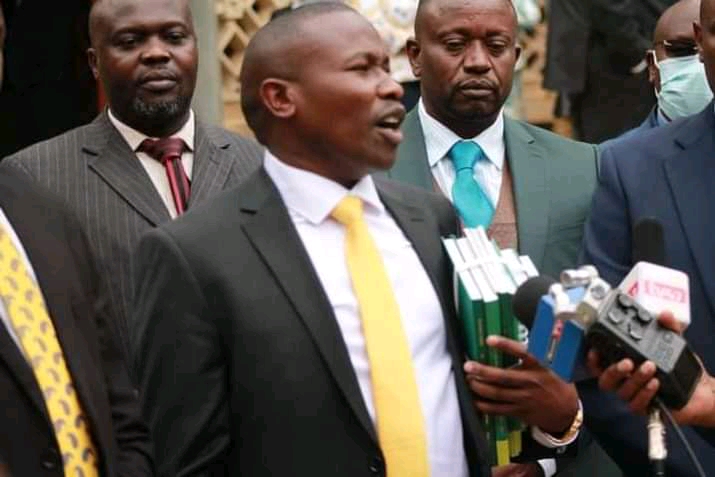 The debate on whether speaking good English should be a prerequisite for credible governance and leadership has erupted after the newly sworn in Kiambaa UDA MP John Njuguna Wanjiku fumbled with English while addressing on the state of the Constituency in Parliament.

According to the video that has taken the better portion of social media, Deputy President William Ruto’s allied legislator elicited Kenyans after he was sandwiched between elucidating about the Kiambaa bursary disbursements and saving the decency of his English.

“They gave me an opportunity to market myself to the Kiambaa people, to sell my idea. Some of them be ensuring that we will ensure that we give bursary to the people of Kiambaa in a transparency manner that has never happened before” he said.

He became tongue-tied after making the first point on bursary disbursement in Kiambaa where he started gasping for English words to connect the ideas before the National Assembly.

“Dear Good Citizens of Kiambaa Constituency, it seems in sending first UDA MP Njuguna Wanjiku to parliament you embraced bottom-up in education… The law makes it mandatory thaf an MP be a University Graduate from a recognized University… I doubt he is a university Graduate” Lawyer Donald Kipkorir wrote. 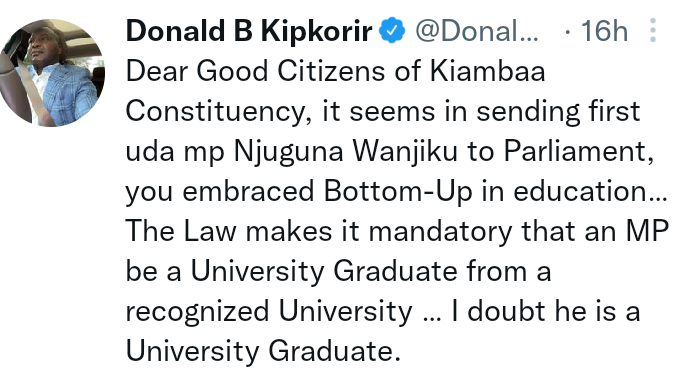 However, a score of other notable Kenyans have defended the lawmaker citing speaking good English does not denote Intelligence.

“Speaking Good English doesn’t mean you are intelligent. Let Kawanjiku deliver to Kiambaa. Even if he address Parliament in Kikuyu. Kenya has no problem” Kibet Benard defended. 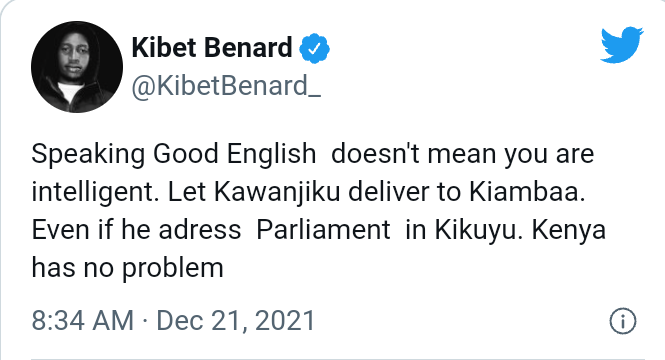