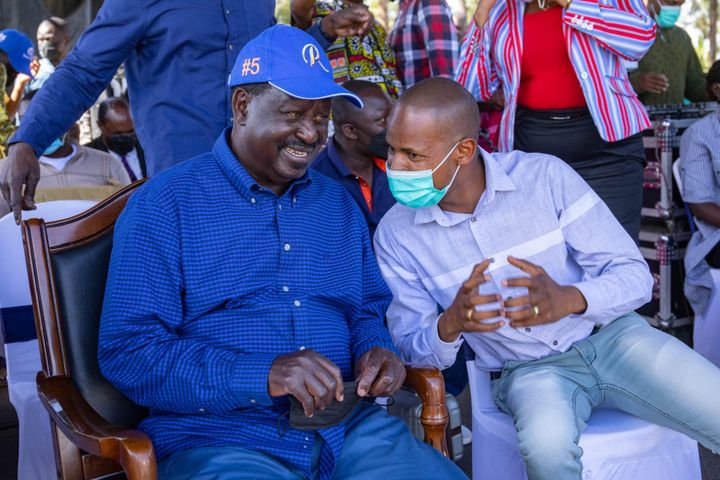 ODM leader Raila Odinga’s campaigns for the August 9 general elections will be grass-root driven, whereby governors at the county level will manage them.

According to multiple sources, the governors will chair the Azimio la Umoja presidential campaign coordinating committees in their specific counties.

The governors will then report directly to the Raila Odinga campaign board, which is led by Governor Ndiritu Muriithi of Laikipia.

The Governors will coordinate grassroots campaigns and create synergy with well-wishers and lobbying organizations who support Raila. 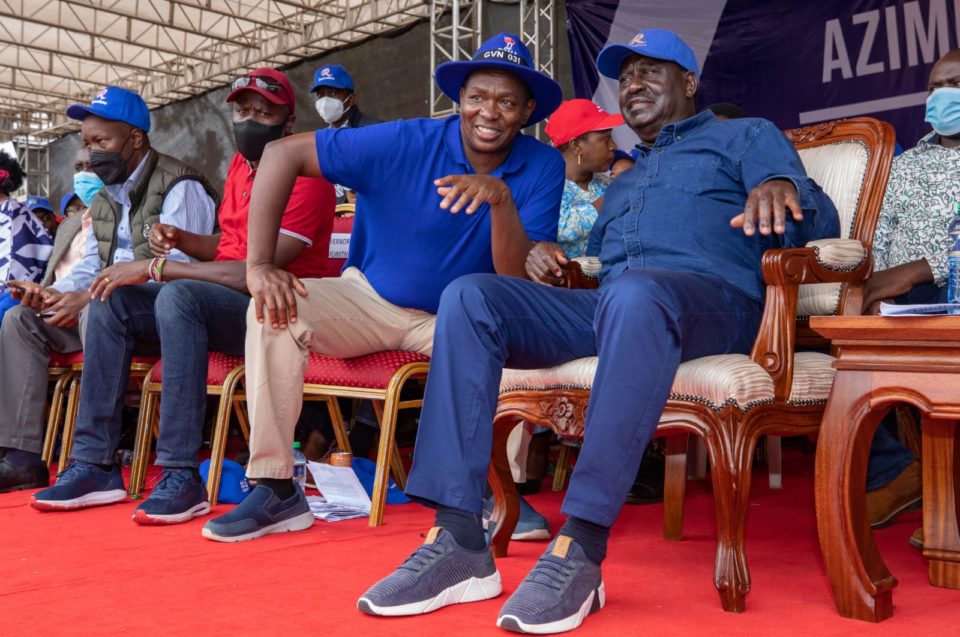 They will also be in charge of the board’s campaign resources, such as vehicles and campaign materials.

To guarantee a consistent national campaign message, the governors will be responsible for outlining Raila’s presidential platform’s primary components.

The County leaders will also perform frequent SWOT (strengths, weaknesses, opportunities, and threats) studies and advise the national board on strategy changes as needed to parry and repel competitors.

Governors are expected to guarantee that competing interests among grassroots candidates do not harm Raila’s campaigns.

To ensure a people-driven campaign, county leaders will plan their local campaigns so that they are cascaded down to polling station levels.

In his bid for the country’s top post, Raila’s politburo hopes to mount one of the most complex and well-coordinated presidential campaigns ever.

Deputy President William Ruto, his major opponent, is running his own campaign and has made strong incursions around the country.

A grassroots-driven campaign, according to the Raila think group, will be effective in countering Ruto’s hustler country movement.

Foreign poll specialists are expected to join a team of local professionals assembled by Raila to spearhead his campaign.

The Jubilee administration detained and deported officials from the US-based data company Aristotle Inc, which was working for Raila, in 2017.

Uhuru, however, had engaged Cambridge Analytica at the time, a contentious data analytics firm that had aided Donald Trump’s election campaign in 2016.