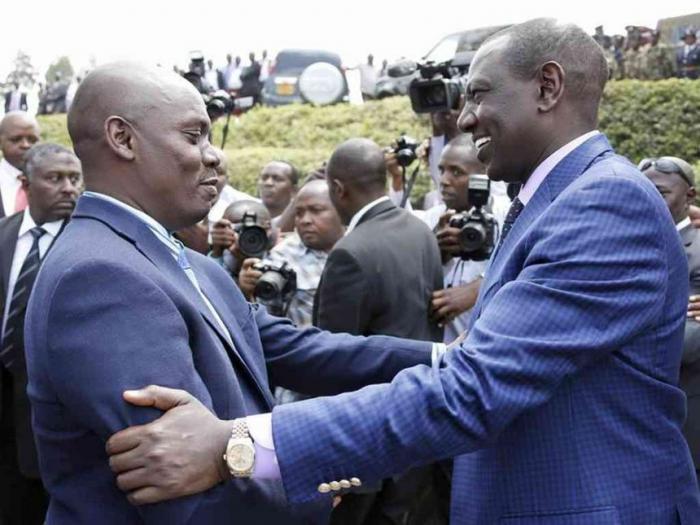 Speaking during the Kiambu County gubernatorial debate on Sunday evening, Kabogo noted that he is riding out on his own and was not backed by any presidential contender.

This was after Citizen TV anchor Waihiga Mwaura asked the four candidates whether their manifestos were aligned with their Presidential candidates’ agenda.

In response, Kabogo stated unequivocally that he was not affiliated with any presidential candidates, despite the fact that the Office of the Registrar of Political Parties (ORPP) had previously confirmed that Tujibebe Party was one of the 11 political parties that comprised the Kenya Kwanza Alliance.

“Believe you me, I do not have a manifesto of any Presidential candidate as we speak. So I will be dealing with my manifesto which is just to improve the lives of the people of Kiambu and make it easy to survive and this can only be done not by opening a bank. To open a bank today you need Ksh2.5 billion, a requirement of a fixed fund. The government will not be able to do those things. You can enter into a corporation in a bank as we did,” Kabogo stated. 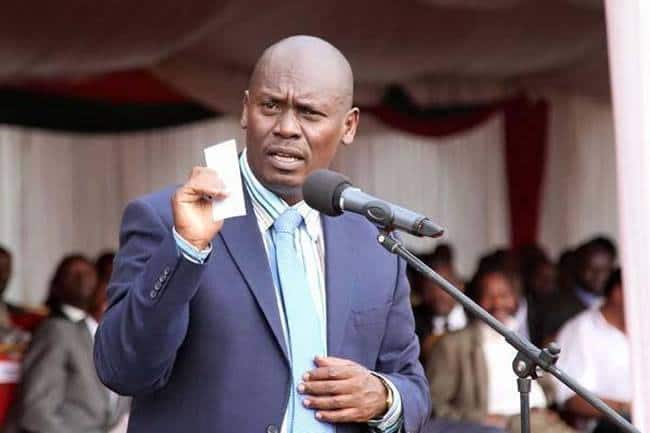 When asked why he has been spotted at Kenya Kwanza rallies in the past Kabogo said that it happened in the past and he has now moved on to work on his own.

“You must have seen me a while back. Things change Waihiga. Right now I am on my own and I am doing quite fine,”

His remarks differ from his prior assertion that he had no plans to leave the alliance due to differences with the UDA.

Kabogo however said recently that he will drum up support for the former Prime Minister’s presidential bid.

“I am calling on Raila Odinga supporters, when voting for Raila Odinga as President, also vote for William Kabogo as Governor,” he said.

Also Read: Kabogo Defends Raila on Jacaranda attacks, Says There is no Proof Linking Him to the Chaos