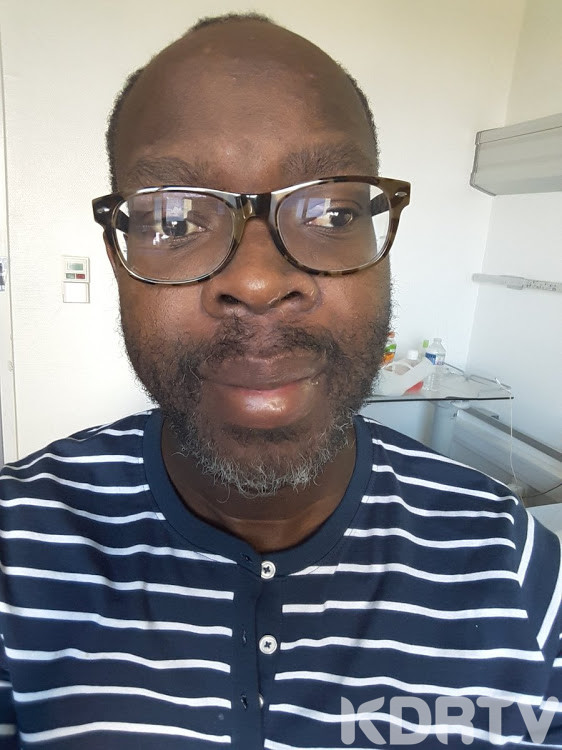 (KDRTV)- When he came out to publicly declare that he had cancer in February this year, Kibra MP Ken Okoth said he knew he wouldn’t get healed but he would keep fighting.

“I will be using chemotherapy tablets that I can take every morning. Because my disease was discovered at a very advanced stage; it cannot be cured. It can only be managed,” said Okoth.

Ken was born in Kibra slums, went to Olympic Primary School and worked so hard to join the Prestigious Starehe Boys School. It is this humble life that informed his decision to go for the medication in Europe and not the US as some of his colleagues in Parliament were doing.

“I could not afford the US because it was too expensive. My wife is from Europe, where the cost is more affordable,” he said.

He pushed for the government to make cancer a national priority. He also drafted a bill to legalise medical marijuana, which has been proven to ease nausea experienced during chemotherapy.

Okoth never shied away from social media, despite his poor health.

In March this year, he shared a picture of himself with the caption, “Napambana na hali yangu kabisa. Chemo drugs brutal on the skin and immunity system,”

Later in April, social media was awash with rumours that Ken Okoth had succumbed to cancer, but he brushed the rumours away asking Kenyans to stop killing him before his time.

Unfortunately, Ken succumbed to his cancer on July 26. Two weeks before he died at the Nairobi Hospital, the MP made an appearance at the Kibra Arts Festival. Despite his poor state of health, he asked the residents if they had received the bursaries he had promised when he was away and they all agreed in unison.

“I had promised bursaries and I ensured they were awarded even in my absence. Did you get them?” he asked.

His brother, Imran, now Kibra MP said that Ken knew almost all the drugs that were being administered on him. This is despite the fact that he never attended any medical school. He was a lawyer by profession.