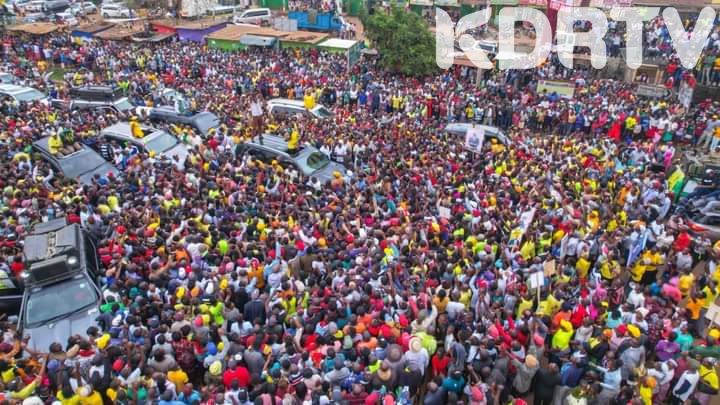 Speaking during an interview with News Night on Citizen TV, Kibicho claimed that the images are “photoshopped” to create a perception that Ruto enjoys a huge political support base yet in the real sense he does not.

He highlighted a rally in Kagio, Kirinyaga county, as an example of how the DP and his crew edited photographs to make it appear that there was a massive turnout when, in reality, there was not.

The Interior PS from Kagio stated that the road where Ruto and his colleagues conducted the rally cannot accommodate more than two vehicles side-by-side but images shared by the DP gave an impression that is far from reality.

“There are people who will make noise and do all sorts of photoshopping…I saw a photo of my town Kagio that has one road that three vehicles cannot pass side-by-side. But their images showed their rally had a crowd of about 2 kilometres wide on the same road,” Kibicho said.

According to National Intelligence Service statistics in their possession, Kibicho noted that ODM leader Raila Odinga enjoys widespread support throughout the country.

He stated that although DP William Ruto and his camp engage in perception, the reality on the ground is dealing them a devastating blow.

“We don’t deal with that perception. We deal with facts. We assess what the facts are saying on the ground. They are saying different things from the noise.” Kibicho stated.

The Interior PS affirmed that Raila will win the August elections in round one by 60 percent of the votes cast.