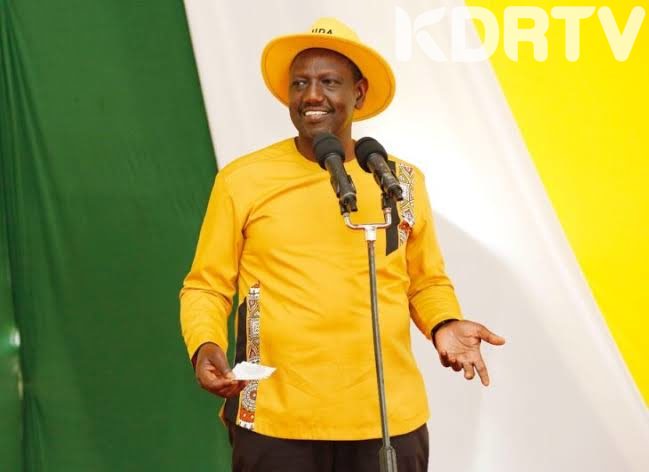 Kenya Kwanza flag bearer DP William Ruto has reduced political activity at his official residence in Karen and will henceforth hold meetings at the UDA’s headquarters.

Insiders claim that Ruto will also hold political events at the UDA offices located in Lavington. Insiders said the DP is attempting to avoid being accused of using State resources when the official campaign begins. Dr. Ruto has already pared back his political activities at his official residence and will quit utilizing it for political purposes before the campaign starts.

The deputy president’s Karen home has been the center of significant political activity for the past four years, with Ruto hosting hundreds of delegations at the sprawling 10-acre residence.

DP Ruto gave the residence a wide berth throughout his first tenure as he operated from his private residence a few kilometers away. He moved into the house in 2015 and made it his political power base.

Already, the offices along Ngong Road have been prepared to house the Hustler presidential campaign headquarters beside the UDA’s Hustler headquarters. In the past, the DP has denied running campaigns on the grounds that the campaign period was yet to begin.

According to his allies, the vote-rich Mt Kenya region will become Dr. Ruto’s “new home” after the official start of campaigning on Sunday, as he chases the region’s 4.5 million votes.

“In our plan, we want to lock in over 80 percent of the region. We have the messaging and wherewithal to achieve that,” said an insider.

Kiharu lawmaker Ndindi Nyoro stated that they were aiming for 90 percent in the region and would leave nothing to chance.

“We have been on the ground for some time now, and we will continue to camp in the region and sell our message of hope to the people, who have been neglected by one of their own,” said Nyoro.

The second in command is also expected to tour the Western and Coastal regions more to secure more votes.