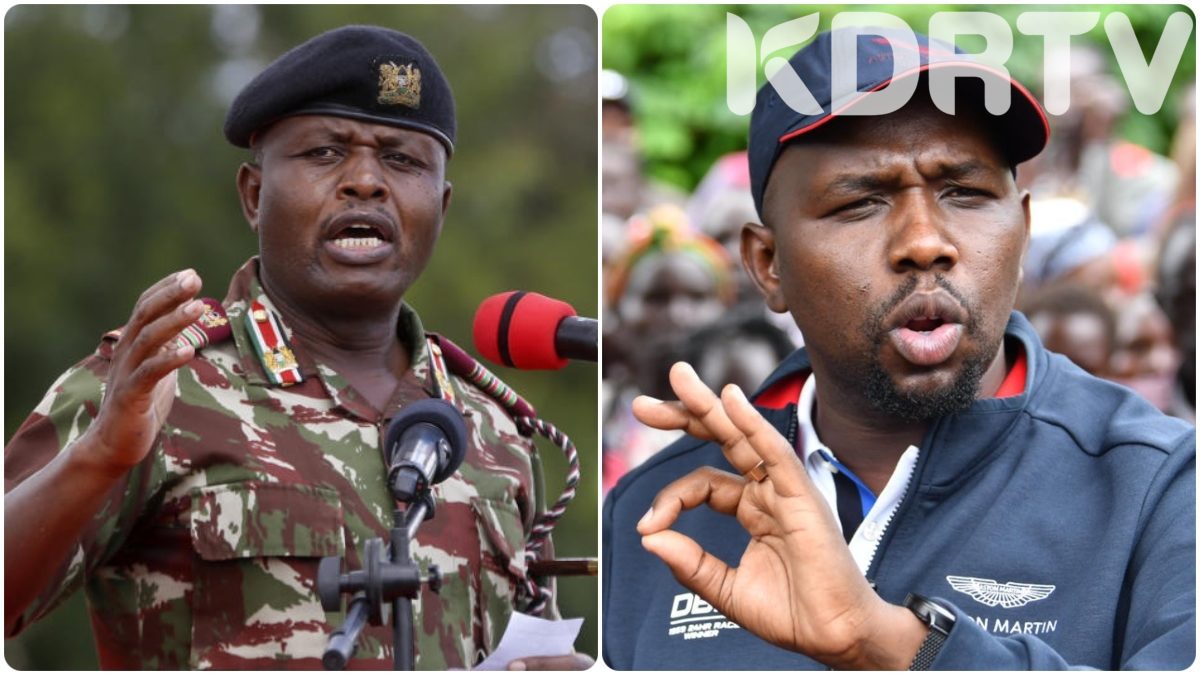 He claimed that despite his pleas to Natembeya, the former Rift Valley Regional Commissioner was unable to bring peace to the disputed region.

“When Natembeya was the regional commissioner of this region, we went to his office in Nakuru to ask for restoration of peace and order because we wanted our people to settle and concentrate on their daily activities. Imagine I had to kneel before him” Murkomen recalled.

He accused Natembeya of failing to commit to ending the tensions and banditry attacks in the volatile region, despite the government’s deployment of a large security force.

“I am telling you the people of Trans Nzoia to be very careful. If you expect Natembeya who speaks a lot of good English but has little action to deliver, then you’ll be surprised.

“If he was not able to tackle insecurity in Kerio Valley with a lot of security agencies at his disposal, will he be able to handle the political office he is looking for?” Murkomen posed.

“He used to take a chopper, land at Tot, remain there for three to five minutes, then fly back to Nakuru and go to Nairobi,” the senator added, urging residents of Trans Nzoia not to vote for Natembeya.

Natembeya is running for the Trans Nzoia gubernatorial seat under the DAP-Kenya party in bid to succeed outgoing Governor Patrick Khaemba. Natembeya is up against Kenya Kwanza’s Chris Wamalwa.

Also Read: List of Government Officials Who have Resigned to Vie for Political Seats