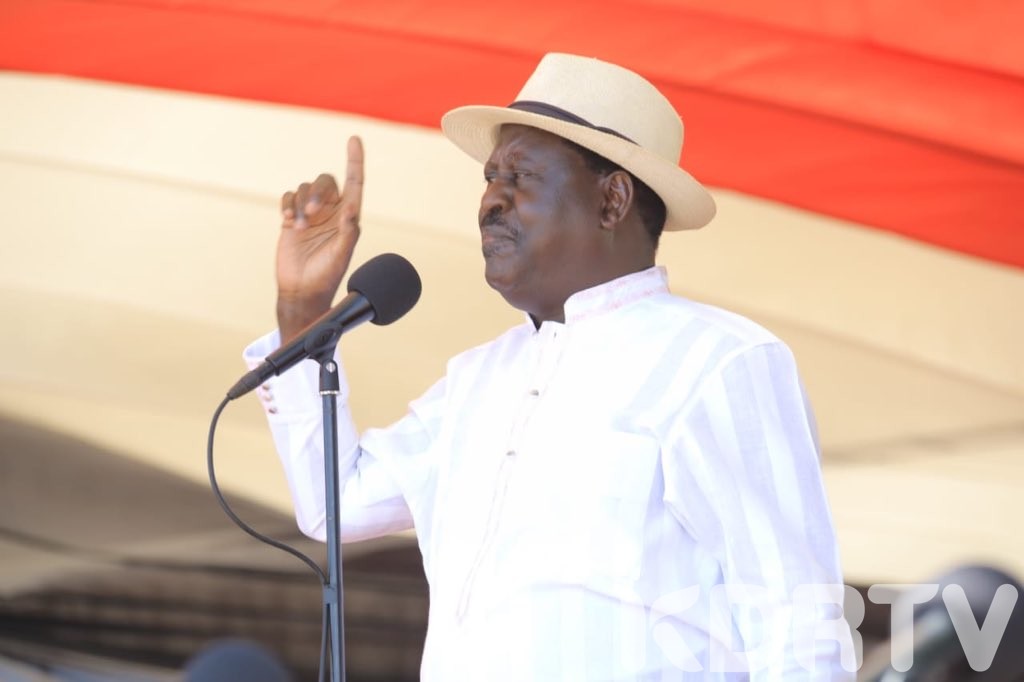 ODM leader Raila Odinga was not scheduled to speak at the Mashujaa Day celebrations on Sunday. He was not on the list of speakers in the program that had been prepared by KDF commanders.

Even though Mombasa Governor Hassan Joho broke protocol and invited the African Union Envoy to speak, this was just one of the many humiliations that Raila allegedly suffered on the eve of the celebrations in Mombasa.

Former Kakamega Senator Boni Khalwale has shared a screenshot of some of the humiliations the former Prime Minister allegedly endured.

According to Khalwale, Raila was at the Mombasa State House on Saturday evening hoping to see the president. But State House operatives told him Uhuru was in a meeting with military commanders and could only meet him the following day (Sunday) during breakfast.

Read Also: Waititu: I was not Chased From Mashujaa Day, The Mombasa Heat Was too Much For Me!

Raila allegedly left state house but came back very early on Sunday morning, this time accompanied by Joho and Kilifi Governor Amason Kingi. They were led to the VIP guest room and served with breakfast but Raila insisted that they wait for the President to have a joint breakfast.

They were still at state house at 9:30 AM when they were informed that DP William Ruto had arrived in Mombasa on a military plane and headed straight to the state lodge where he had a closed-door meeting with Uhuru.

Raila and his team decided to head to Mama Ngina Waterfront, the venue of the Mashujaa Celebrations. The DP arrived hours later followed by the President.

These catalogue of events, on the Mashujaa Day in Mombasa, if indeed it so transpired, is fairly suggestive… pic.twitter.com/WuJfqqJFc1

Joho and Raila provoked UhuRuto to speak about the handshake and BBI report. The two were hoping that Ruto could oppose the handshake which could trigger boos from a crowd that had been shipped in for this purpose.

But when Joho was speaking, Uhuru and Ruto went for a side chat behind the tents. It is believed that the two agreed to steer off politics in their speeches. 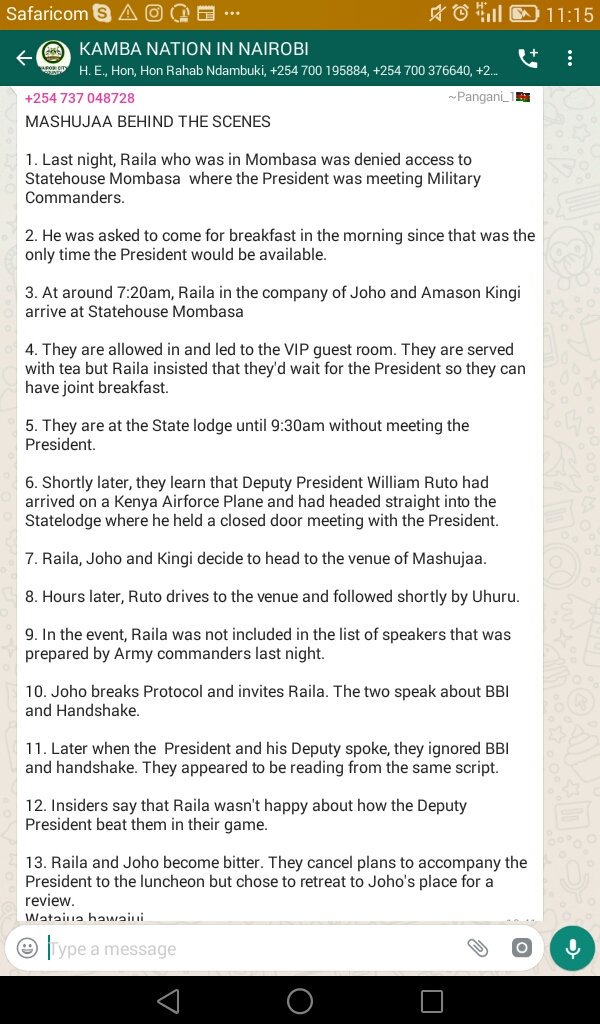 When he rose to speak, Ruto chose to highlight the Jubilee government’s achievements asking Kenyans to offer support to President Uhuru’s development agenda.

It is alleged that Raila was so angry about the events that he cancelled plans to accompany the president for a luncheon at the statehouse. Indeed, state house shared pictures of the luncheon on Twitter and Raila was missing.

A section of Kenyans have alleged that Khalwale, a key ally to the DP, could have just cooked up these events for malicious reasons. We leave it up to you to decide.