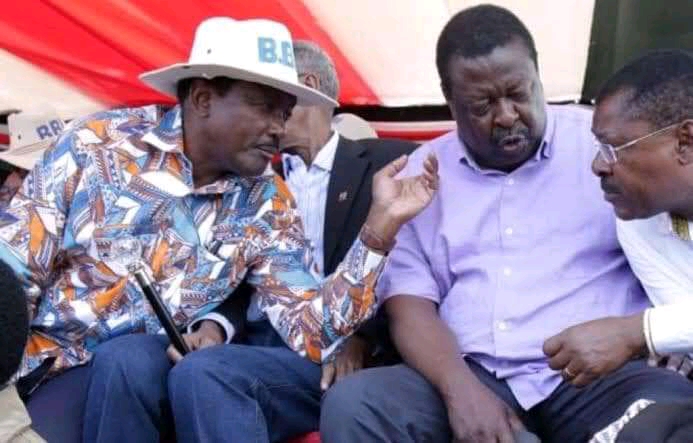 Malala revealed that Kalonzo Musyoka has proven beyond doubts that he might be Raila’s political spy in One Kenya Alliance outfit citing that unexpected move to invite Raila to Wiper’s NDC event quotes droplets of mistrusts in the “docile” group of OKA.

“You cannot invite our biggest rival (Raila Odinga) into One Kenya Alliance linked event. Then it is quite clear that you are in OKA outfit as Raila’s project which begs the question on why should not quit and make arrangements with ODM as early as now” Malala stated.

Speaking about his exit from OKA, Malala threatened that the ongoing associations among Raila, Kalonzo and Wetangula might force the ANC party to cut its branches in OKA faction and sign fresh deals with other like-minded parties ahead of 2022 general election.

“If the association among Raila, Kalonzo and Gideon Moi is going to persist, then ANC will have no other option but to cut off our branches from outfit and sign fresh deals with other like-minded parties for pre-election alignments” Malala added.

Wiper party leader Kalonzo Musyoka is set to be endorsed today, Thursday, 25th November 2021, during the National Delegates Conference that is scheduled to take place at Kasarani.