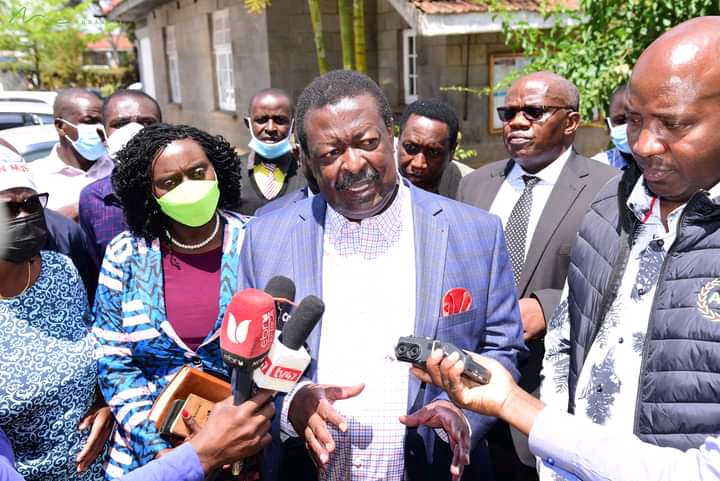 Amani National Congress (ANC) party leader Musalia Mudavadi is having a herculean task to seize the razing and rattling fire in his faction following the staggering outbursts by his two key allies.

Kakamega senator Cleophas Malala who is wobbling in the midst of massive support from the region exposed Lugari MP Ayub Savula for allegedly attending meetings when drunk. According to Malala, Savula whose normalcy is take alcohol before attending any public rally, lacks the leadership driven skills that can muscle the incomplete tasks injected by Governor Oparanya and therefore leading the great people of Kakamega requires sober minds.

In a quick rebuttal, Savula took the podium and dismissed Malala’s allegations by affirming that he (Malala) cannot outshine him in any fair and free race.

“Malala you can’t beat me in any free and fair race, let me tell you for a fact, you will never beat me Kakamega Gubernatorial Seat” Savula said.

He also leaked strange details about the corridor ANC party’s plans to oust Malala from ANC citing that he is a luo and giving him a party ticket might amount to a grievous blunder that may backfire to the party’s top leadership.

Cleophas Malala Attacked By Angry Residents: “You Went Abroad To Remove Your Big Stomach And Ass With Our Cash”