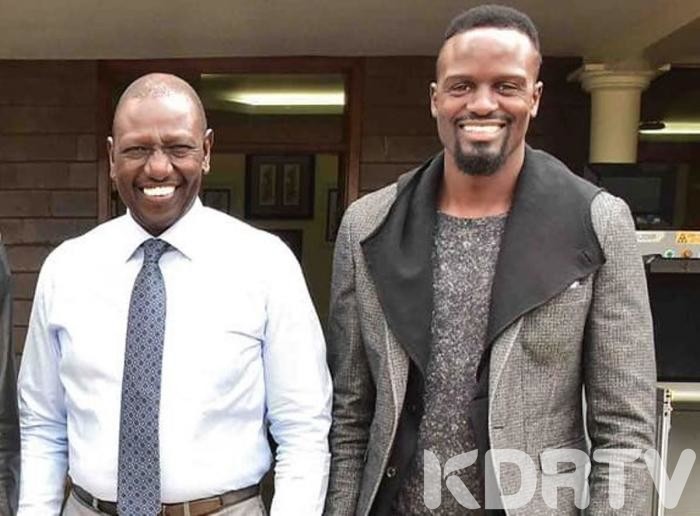 Jubilee’s Flag bearer  McDonald Mariga seems to be pushed by powerful forces beyond his reach, as evident in how his nomination came out as well as the campaign process is being conducted.

Questions have been raised over his inability to properly articulate himself during press conferences, either by going silent or just saying a few words that do not reflect his political stand.

According to detailed observations, Mariga has said very little regarding his candidature and intentions to run in the Kibra by-elections, raising concerns as to whether he was planted with no utter knowledge of leadership.

READ ALSO:DP Ruto Left With Rotten Egg On His Face As His Plan To Fight Raila In Kibra Dies Before Take Off

Since he was fielded as the Jubilee flag bearer, objections have been raised regarding his candidature, age and even qualifications to run for the Member of Parliament seat.

For instance, since his introduction into the political scenes, he has spoken twice, making one or two utterances that did not make sense.

Jubilee Party did not conduct nominations regarding their flag bearer in the Kibra seat.

Mariga was somehow arrived at and pushed by powerful political sources until he has ascended to the position and endorsed as the party’s representation.

He is infact still facing hurdles as he was taken to court challenging his nomination process by a politician who wants the process started afresh.

The reports and conclusions from majority of politicians is that he is being pushed to a top position that he is not aware of, leave alone having the knowledge to take on leadership.

Recently during an interview with Beatrice Elachi, the Speaker of the National Assembly expressed displeasure in Mariga candidacy.

Elachi in under the Jubilee party, although she was not in support of Mariga’s candidature.

“Kibra needs a person that would fill Ken Okoth’s shoes. The person needs to be capable of finishing the projects that were started by the late Okoth, and I do not see that in Mariga,” said Elachi.

According to Elachi, Mariga came out of nowhere and made his interest in the seat public, with no agenda.

She narrated that for one to be a Member of Parliament, they had to be familiar with the people and know how they live together with their challenges.

During the his clearance from the IEBC, Mariga’s authenticity to vie for the seat was cancelled and nullified.

However, instead of being vocal and speaking up in his defense, he was quiet and never uttered a word.

Jubilee politicians including Nixon Korir and Murkomen were the ones who came to his rescue and explained the situation he was in.

Ideally, Boni Khalwale the former Kakamega senator has been seen to be more vocal about Mariga’s candidature than the candidate himself.

Therefore, questions have been raised as to how and whose interests the football champ aims to represent by taking part in the intense by-elections.

With only a month to the elections and the campaigns kicking off, Kibra people are torn in between different candidates and their need for development that was already initiated by the late Ken Okoth.