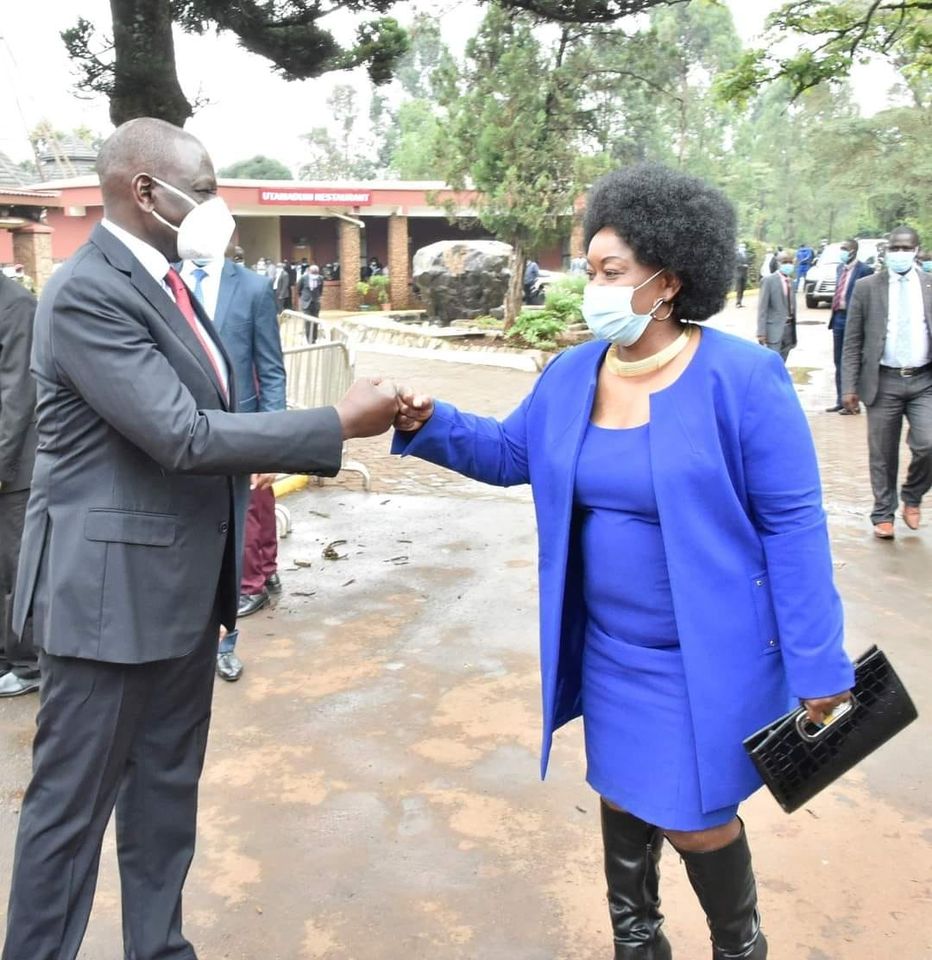 (KDRTV) – Suba North MP Millie Odhiambo has denied claims that she heckled Deputy President William Ruto during the launch of the BBI report on Tuesday.

Ruto was heckled as he submitted his proposals on the report at the Bomas of Kenya. A section of leaders chanted ‘respect the president’ as the DP spoke.

Millie was caught on camera standing and leading the chants against the DP.

However, the lawmaker has said she was not heckling Ruto but was just answering some of the questions he had raised against the BBI.

“I was answering his questions because he was asking us questions about what should be done, and I was basically reminding him he is the deputy president and I should be asking him the questions he was asking and not vice versa,” Odhiambo said in an interview with KTN on Wednesday.

After the heated event, I engaged @WilliamsRuto at Bomas. Disagreement maybe, but ideological not personal.@ItsMutai @lindahoguttu pic.twitter.com/jltpVS6lB4

The ODM lawmaker also denied reports that Tanga Tanga leaders were not invited to the event. She said the leaders were invited but chose not to attend.

Kenyans on social media reprimanded lawmakers who shouted at Ruto. They claimed this was against the spirit of the BBI report which is meant to unite the whole country.

Interestingly, this is not the first time Millie has been caught on camera hurling insults.

In 2016, she insulted President Uhuru Kenyatta at Parliament buildings calling him a ‘fisi’ and that he would not be re-elected.

Well, Uhuru was re-elected and now Millie is calling for Ruto to respect him.