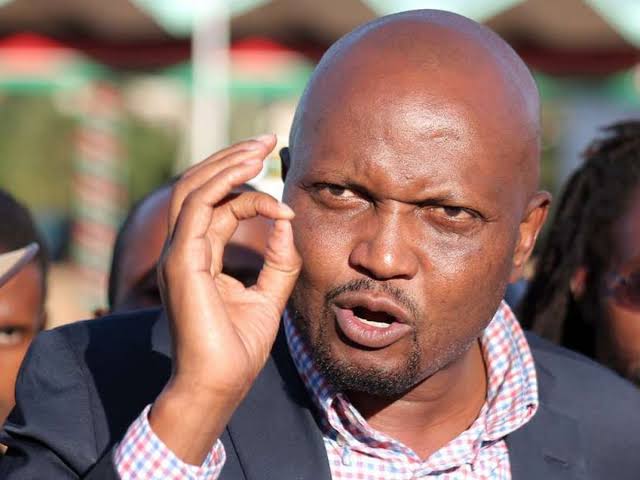 Moses Kuria speaking during a past Kenya Kwanza Rally

Gatundu South Member of Parliament Moses Kuria has predicted how the 47 counties will be alligned ahead of the August 9 general elections.

In a facebook post on Wednesday March 30, The Chama Cha Kazi party leader noted that Azimio la Umoja movement which is allied to ODM leader Raila Odinga has 9 stronghold counties while the Kenya Kwanza Alliance has 23 counties supporting it. He named 15 counties as a battle ground between the two coalitions.

According to Kuria there will be 15 battle ground counties that will determine who will be the 5th president. They include; Kakamega, Samburu, Isiolo, Marsabit, Garissa, Mandera, Wajir, Kitui, Machakos, Makueni, Nairobi, Lamu, Kwale, Tana River and Taita Taveta.

With less than 5 months before the general elections the Kenya Kwanza and Azimio politicians have started campaigning to ensure they get enough votes that will see them form the next government.

The two camps have not yet named who will be running mates with a number of politicians expected to be given the mantle.