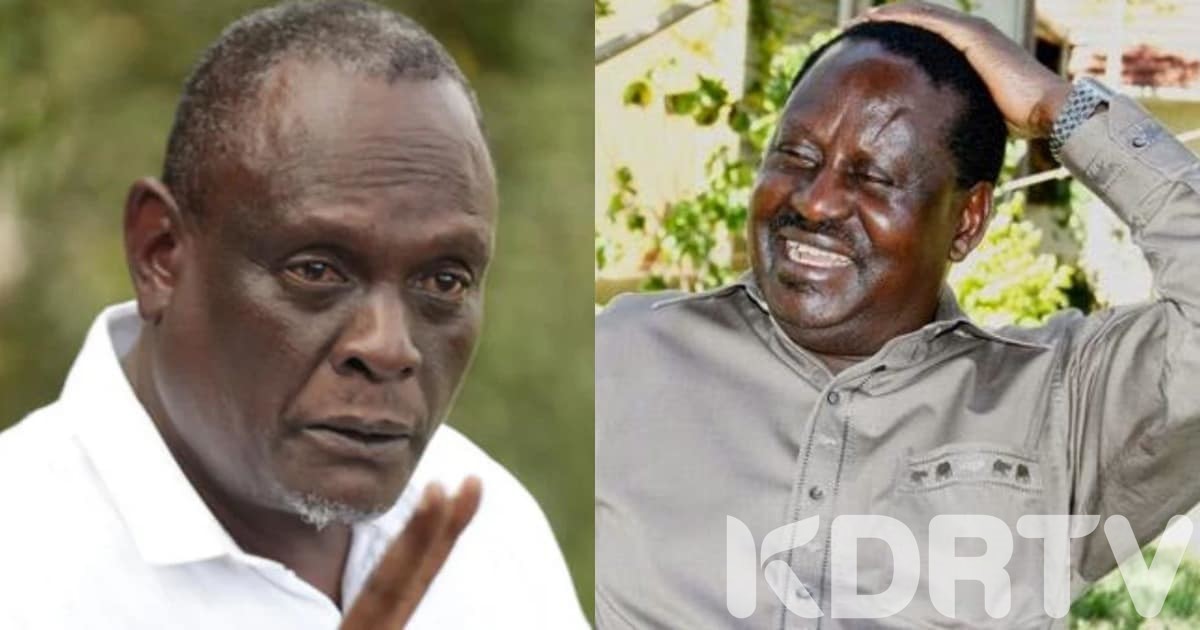 Murathe, over the weekend, endorsed Raila for presidency saying it is time the country rewarded him with the top seat for the sacrifices he has made over the years. The former Gatanga MP further urged Wiper leader Kalonzo Musyoka, who was Raila’s running mate in the past two elections, to give Baba one last chance.

Three lobby groups from Luo Nyanza have warned Raila that he should not sit tight and wait for Murathe’s endorsement for politics is a game of false promises and ugly twists.

Ogada acknowledged that though Raila has done a lot for this country, Murathe has no powers to make him President. Only Kenyans can do that.

“Many Kenyans know the changes Raila has done to the country. He needs to be rewarded but his win should come from the majority of Kenyans,” Ogada said.

Read Also: Raila Finally Reveals Disease That Has Been Troubling Him

The three groups separately called on the former Prime Minister to chart his own political path and avoid endorsements.

“It’s Kenyans who should be allowed to rubber-stamp Raila’s presidency and not any single individual,” Opiyo said.

Murathe has become one of Raila Odinga’s key allies since the handshake. However, there is a feeling that he could be leading baba to the slaughterhouse.