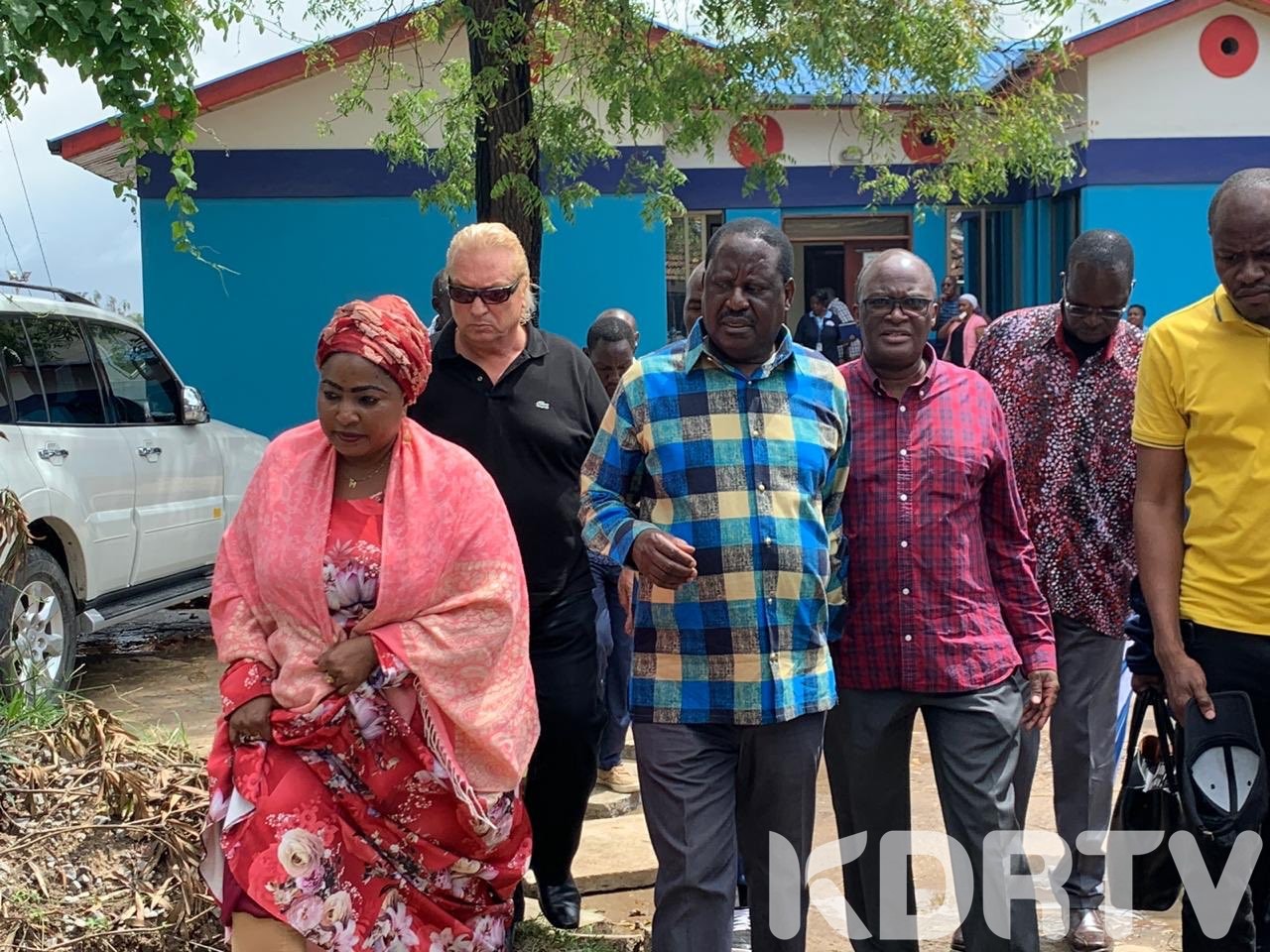 Senator Majority Leader has come to the defence of ODM leader Raila Odinga after a backlash over his controversial order in Mombasa on Saturday.

The former Prime Minister ordered Kenya Ports Authority to immediately stop the dredging exercise in the ocean to allow for the multi-agency team to retrieve the bodies of mother and child who plunged into the ocean more than eight days ago.

“I want to give an order here that the dredging works stop immediately so that those who are working here can work without interference,” Raila said on Saturday evening.

The order has elicited sharp criticism from DP William Ruto’s camp with most people arguing that Raila does not have the powers to give orders to government employees.

Mathira MP Rigathi Gachagua termed the order as a joke and the height of absurdity.

“He is still simply an Opposition leader who we defeated in the last election and has just been brought near the fireplace to warm himself. We are asking public servants to ignore such orders even if put in writing. You will only have yourself to blame if you follow the order,” Gachagua is quoted to have said by a local daily.

The divers were complaining of poor vicibilitty because of the ongoing dredging. But our low reasoning can't allow us to see the importance of Raila orders. We must wake up na tuache ujinga

But Elgeyo Marakwet Senator Kipchumba Murkomen has surprisingly come out to defend ‘Baba’ arguing that the most important thing was for the bodies to be retrieved. He argued that the former Prime Minister’s sentiments should not be a topic of discussion.

“If by stopping the dredging the issue can be addressed, so be it. If the orders will help retrieve the bodies, so be it. It doesn’t matter. What we want is a lasting solution, including a bridge at Likoni,” Murkomen said.

The divers were complaining of poor vicibilitty because of the ongoing dredging. But our low reasoning can't allow us to see the importance of Raila orders. We must wake up na tuache ujinga

It is now eight days since Mariam Kighenda and her four-year-old daughter Amanda Mutheu plunged into the ocean at the Likoni Channel after their car veered off the ferry.

Currently at the scene of the unfortunate tragedy that occurred at the Likoni Channel for a brief on the ongoing rescue operation. Stringent measures must be put in place to ensure that such an incident does not occur again and we pray to God to grant strength to those affected. pic.twitter.com/ODXvQMlos9

A multi-agency team tasked with retrieving the body has been unable to retrieve the bodies citing poor visibility in the ocean. The dredging exercise, which is meant to allow bigger ships to dock at the Mombasa Port, has been blamed for the visibility problem.

We can confirm that dredging was still ongoing on Sunday despite Raila’s order.