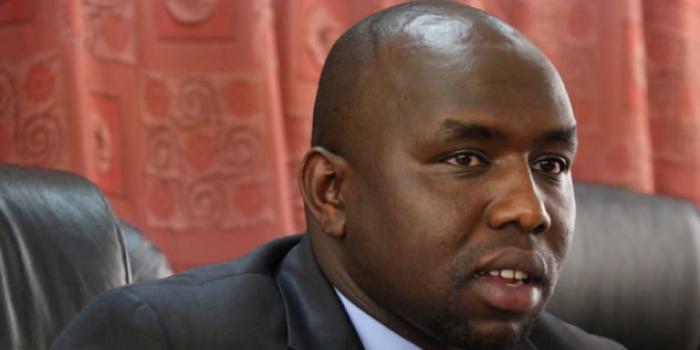 (KDRTV)-President Uhuru Kenyatta has been advised to dissolve the parliament after the members of parliament failed to enact the gender rule.

Dissolving parliament means that the president’s term ends prematurely. According to Makueni Senator, Mutula Kilonzo Junior, The message by the chief justice Maraga to dissolve parliament is premature.

Mutula argues that Article 216(6) requires an order to be issued. He further reported that before the clause 7 is invoked, the chief justice should be made aware that there is a constitutional amendment bill in the floor of the house that is seeking to amend the two-third gender rule.

Siaya senator on the other hand said that CJ Maraga’s advice to the President to dissolve parliament is momentous.
Probably the most significant and historic from a constitutional standpoint.

How we apply foundational principles and values of the rule of law and constitutionalism is now the big test.
Kipchumba Murkomen was more pragmatic and urged the president to act immediately on the advice given by the chief justice.

Kipchumba however warned that nothing stops a citizen from going to the High Court to challenge the advice of the CJ. But as it stands the President has no choice even though he is not time-bound.

Also Read: A Naughty Kenyan Appreciates Raila’s Handsomeness After Looking At This Photo

Kipchumba was quick to mock senate majority whip, Irungu Kangata who bemoaned the decision of the chief justice by arguing that CJ should have afforded Parliament an opportunity to be heard, before him, before issuing the advisory.

We would have brought to his attention a bill that’s before Senate’s Justice Committee on the matter. Also, the Senate has adhered to the 2/3 rule.

Hence, why punish the Senate? Murkomen told him to relax and hope he beats Kembi Gitura. 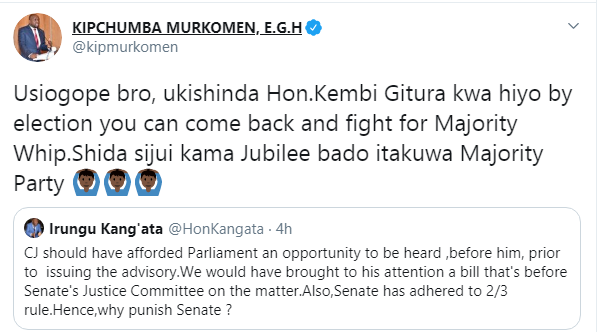