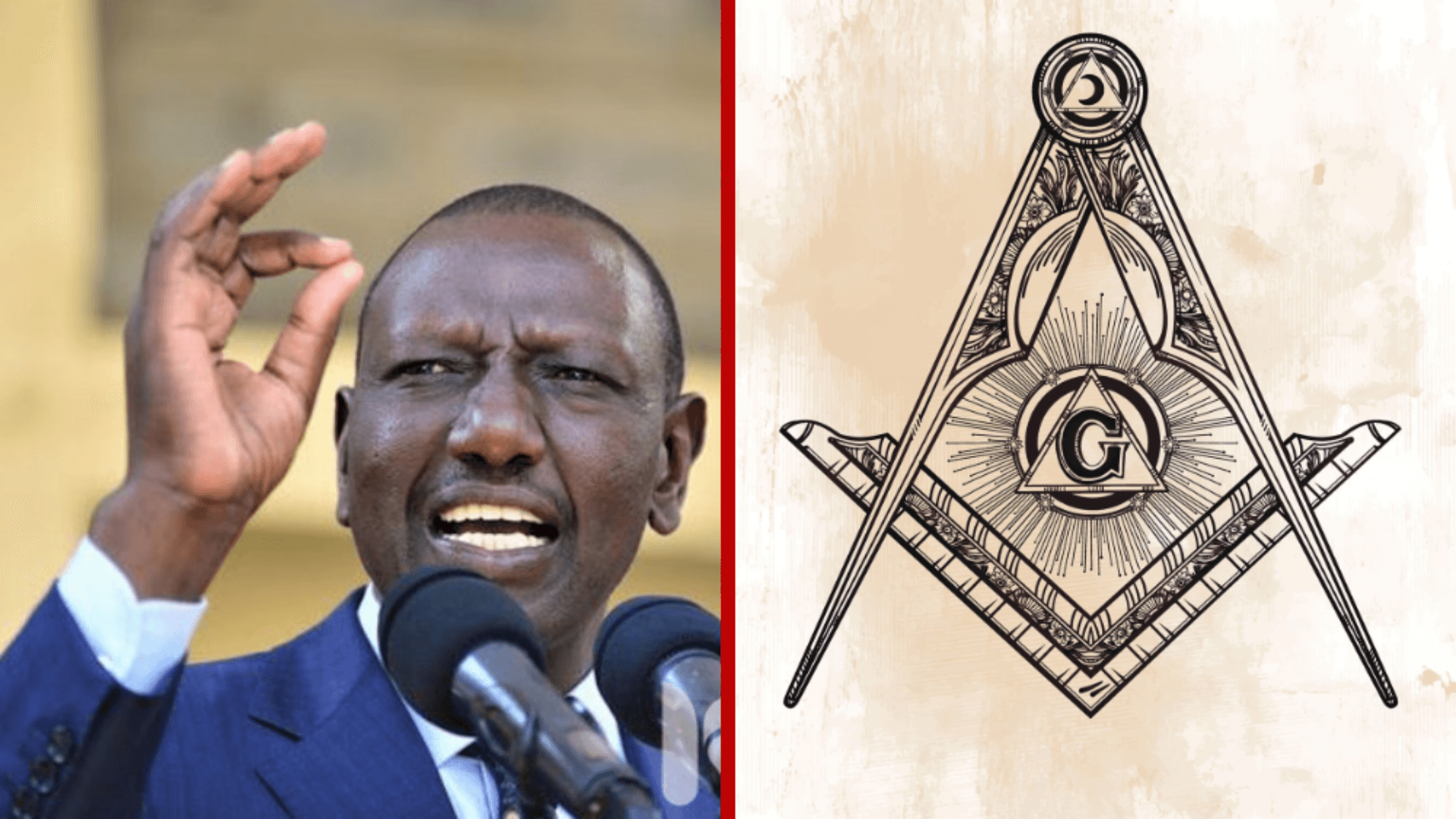 In several tweets, Professor Ngunyi adduced Ruto’s rise from a chicken seller to a wealthy politician to the secret sect. He said it is also the reason the DP rose from nowhere to become a Deputy President.

Read Also: Kikuyus Will Vote for Ruto Because He is a Thief, Just Like Them

“William RUTO was created by the FREEMASONS in the MOI Government. FACT. This is HOW a CHICKEN SELLER from SUGOI became Deputy President from NOWHERE,” the analyst said.

According to Ngunyi, the wheelbarrow, which has recently been associated with William Ruto’s Hustler Politics, is also a symbol of freemasonry.

DID you KNOW that the WHEELBARROW is one of the SYMBOLS of the FREE MASONS?

Once a key supporter of the Deputy President, Mutahi Ngunyi has recently morphed into Ruto’s biggest critic.

The Professor coined the ‘Tyranny of Numbers” analogy in the run-up to the 2013 elections to demonstrate how a coalition between Kikuyus and Kalenjins would sweep the Presidential elections, arguing that Raila and his CORD alliance did not have the numbers to beat that.

Today, Ngunyi claims that it is time for Kenya to have a president outside the Kikuyu and Kalenjin communities.

Kikuyus and Kalenjins have a political DISEASE called LIBIDO DOMINANDI-a CRAVING to DOMINATE. That is why they created a FERRARI PRESIDENCY with two seats. Ruto and Kikuyu HOMEGUARDS want to KEEP the FERRARI. But Uhuru and Raila want a MATATU PRESIDENCY. What is WRONG with THAT?

It is believed Mutahi Ngunyi is the man who advised President Uhuru Kenyatta to announce that it could be time to have a leader outside the two communities.

Subscribe to watch latests videos
In this article:Freemason,Mutahi Ngunyi,William Ruto