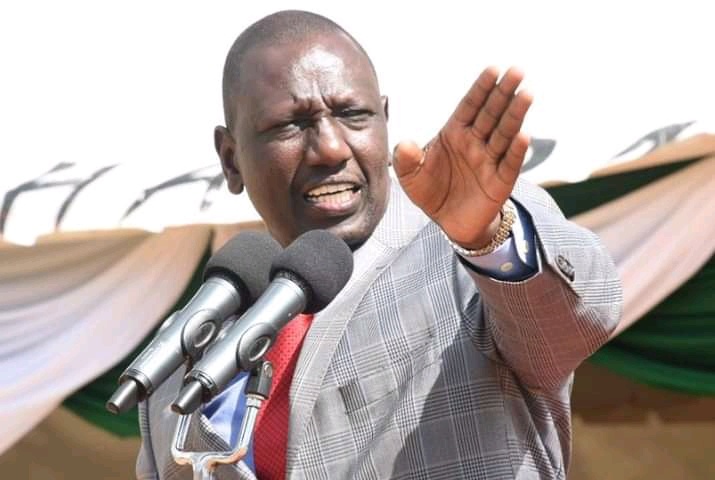 Deputy President William Ruto on Wednesday, 15th December, challenged the Likuyani residents to vote for him in 2022 general election owing to the fact that his wife, Rachel Ruto, hails from the region.

Referring his arguments to the Biblical context, the second in command DP Ruto quoted that neighbours should uphold the holy book’s teachings and love each other. He threatened to accuse Luhyas to the Heavenly God if the betray him in 2022 anticipated hot presidential race.

“I have several home affairs to highlight, Likuyani people, this is where I got my wife Rachael and the Bible says that we should love our neighbours, if you corner me this time around then I will accuse you of abandoning me to God,” Deputy President William Ruto pointed out.

“They called Mudavadi for an interview in a Nairobi Hotel, and they didn’t even bother to unveil on why they disqualified him. Do you want Mudavadi to work with Raila or with me?” DP Ruto said.

While chest thumbing on several projects initiated by Jubilee government, Ruto threw Raila’s bid into a political grave by exposing his zero scorecards to Likuyani residents after serving as the Prime Minister for years.

“He was the prime minister and as you understand a prime minister position is equated to a deputy President position, what tangible development project did he install? DP Ruto badly hit at Raila.