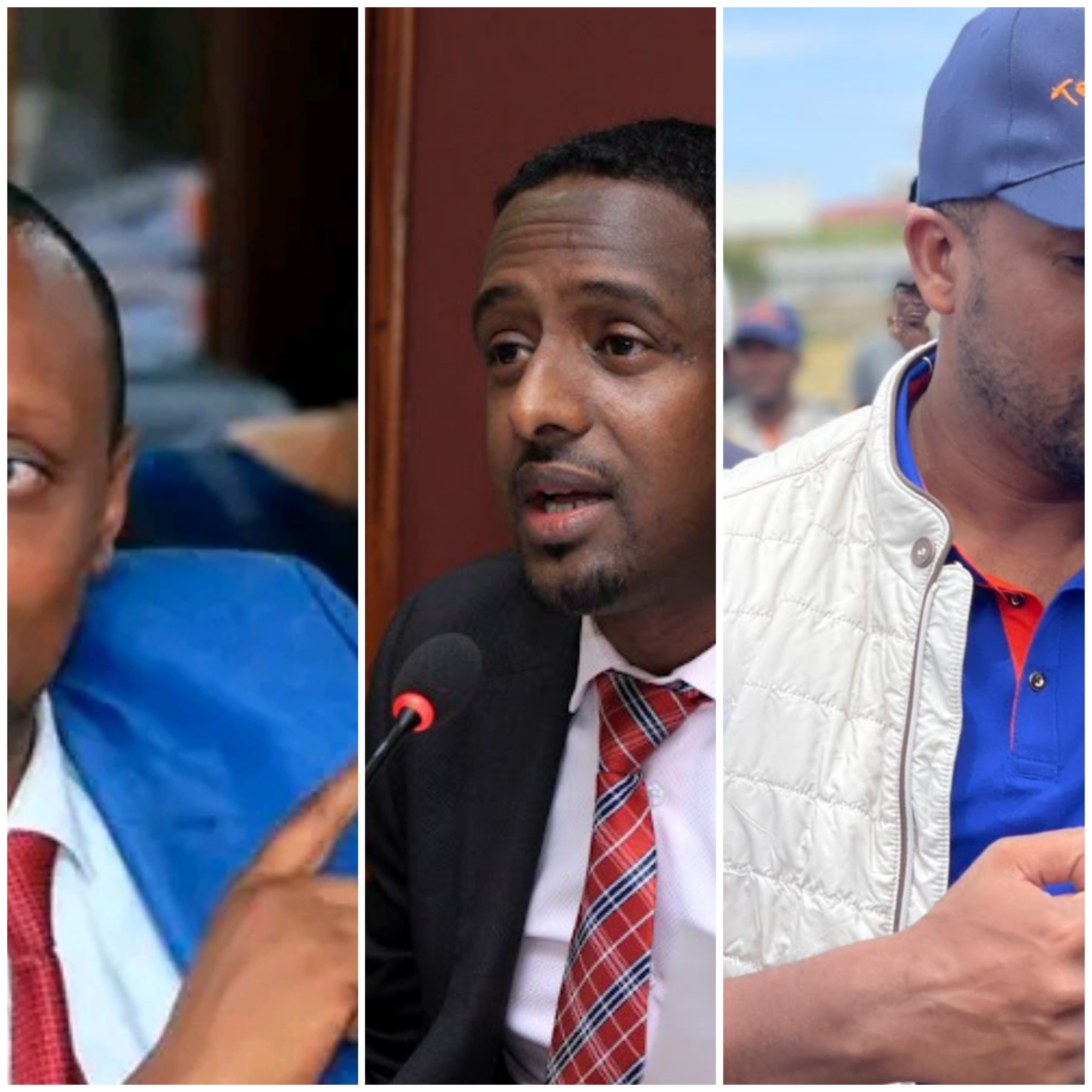 Nairobi County has been turned into an active crime scene where the corrupt have used the courts and parallel payment systems to siphon billions into different companies bank accounts while critical services and genuine suppliers go unpaid an unattended to. The soft spoken and trusting Governor Ann Kananu has found herself in similar waters to former Governors Evans Kidero and Mike Sonko who were overrun by the cartels, which prompted Governor Sonko to request assistance from the highest office in Kenya.

Following her swearing in, Governor Kananu was immediately confronted by a county in chaos. Several suppliers and contractors who had offered services to the county had not been paid and staff were on the verge of a strike due to delayed payments and unsettled health insurance and allowances. While the county budget for the year had been approved and disbursed, genuine suppliers had not been paid, many for ongoing services spanning more than 18 months. A few suppliers had paid out bribes to the Chief Finance Officer in the hopes of being paid once the next budget was released but were yet to be paid as well. Many hoped that with the entry of the new governor, the period of uncertainty would come to an end, but they were wrong. The cartels had only begun to entrench a system of county capture that would see ghost suppliers and a cabal of businessmen from a particular community profit.

In a bid to steady the ship, Governor Kananu restructured the County Chief Officers through issuing Executive Order No. 3 of 2022 to improve service delivery to Nairobi residents. Our investigations have revealed a number of suppliers and contractors whose bills of delivery could not be determined. These suppliers of air ironically had consistently been paid in full through the former Chief of Finance, Mr. Mohammed Abdi Sahal who was being transferred to the health department as investigations were initiated by the Governor and investigative bodies. 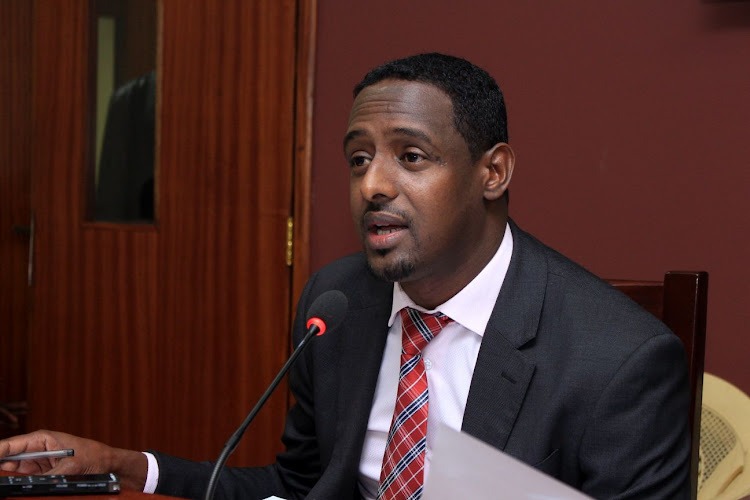 Suppliers and staff breathed a sigh of relief as they expected collective arrears owed by the county.
This relief was short lived however as Mr. Sahal challenged his transfer at the Labor and Employment Court where Justice Kibira Ocharo issued orders directing Mr. Sahal’s reinstatement to the finance docket. It is believed that Justice Ocharo was misled by Mr. Sahal into issuing orders for his reinstatement despite a preexisting order issued by a different court, Justice Hellen Ong’udi, barring him from exercising the duties of the finance officer. This has led to conflicting orders issued by the two courts further compounding the predicament faced by genuine suppliers who have to now contend with the continued illegal occupation of the finance office by Mr. Sahal.
So the question stands, why does Mr. Sahal deem it fit to remain in office despite a departmental transfer?

In early July 2022, questions were raised by several suppliers who were still awaiting payment from the county while more recently contacted suppliers were being paid. Some suppliers complained that they had been summoned to hotels and bribes demanded of them and still they had not been paid. After our investigations it emerged that the alleged companies that received the irregularly transferred Ksh. 120 Million had supplied no services to the county and did not undergo any tendering and evaluation process within Nairobi County Government. These include a majority of companies whose owners belong to a particular community. The transfer was executed by Mr. Sahal mere hours after he wiggled his way back into office after the CEC finance was intimidated and forced to sign a letter giving him back the mandate that was earlier withdrawn.

The Ksh. 120 million was paid by the former finance officer, Mr. Sahal, despite the executive order no 3 transferring him to a different sector.
In a recent campaign event, Nairobi governor hopeful Polycarp Igathe stated that business in Nairobi had been captured by a powerful cartel of 3 individuals, who our investigations have revealed as comprising of former County Finance Officer Mr. Sahal, Mr. Abas Khalif (South C MCA hopeful) and the leader of majority Nairobi County Assembly Abdi Guyo who is currently seeking gubernatorial seat for Isiolo County. Mr. Khalif is also eyeing the position of the leader of majority in the county assembly, likely to further entrench the cartel. The funds stolen from Nairobi County are likely being funneled into their respective political campaigns. 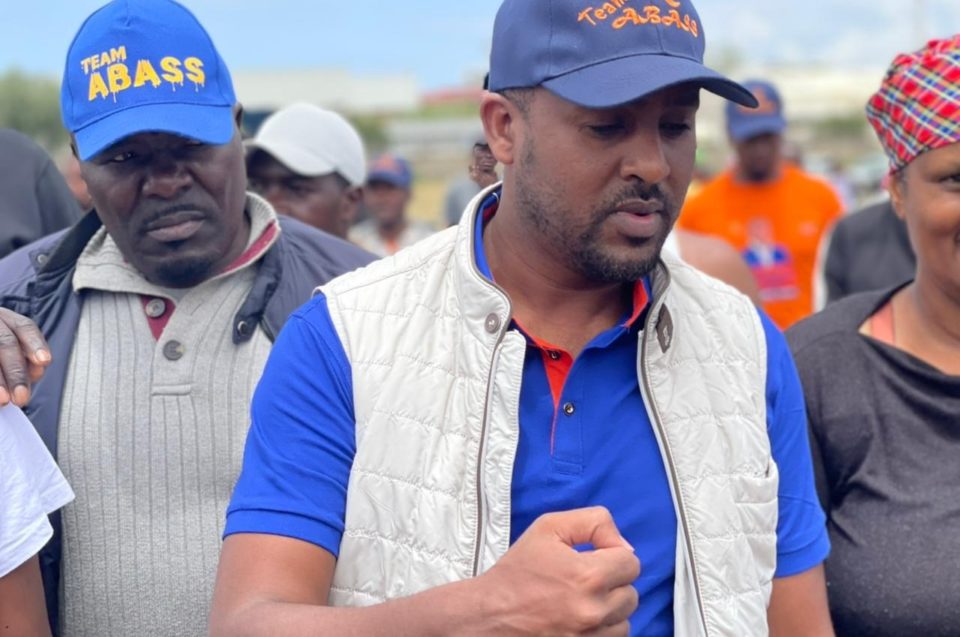 It is an open secret that a supplier who wants to be paid for goods and services must visit Mr. Sahal when he is at the Reata Hotel in Milimani. Mr. Sahal and several businessmen, majority from a particular community, linked to the ghost supplier companies that regularly get paid from the county purse have set up permanent office at the hotel, frequently taking official county business meetings in the premises. It is from this unofficial office that Mr. Sahal and his associates decide which suppliers will be paid.
The entrance fee to join the payment list has been revealed by several suppliers to range between 20-30% of the pending bill. The money is allegedly collected under guise as a kick back to the ‘mkubwa’ Gov. Kananu but it has been confirmed through further investigation that this money is shared between Mr. Sahal, Mr. Khalif and Mr. Guyo.
As genuine suppliers await payments, the county capture machine continues to exercise their parallel payment system that funnels billions to corrupt businessmen from a particular community who supply nothing.

Most NMS projects namely roads, pavements and hospital pending bills cannot be paid due to diversion of funds by the former finance officer, Mr. Sahal. MCAs from several wards in Nairobi have also expressed frustrations after their Ward Development Funds were diverted by Mr. Sahal ,even after he was transferred from the finance docket, as he demands huge bribes and kick-backs.

The result is a class of disgruntled genuine supplies and a county administration crawling undignified to its death. Several staff have confessed to increasing delays in salary payment as the funds are diverted through Mr. Sahal and his cartel’s illegal parallel system into private pockets. Letters and documents in our possession, including a sworn affidavit by the Comptroller of Budget, show that county funds are repeatedly diverted by Mr. Sahal. The diversion of staff deductions, salaries, imprest, allowances and arrears has crippled the administration from conducting its duties.

A long list of critical services including medical insurance, KRA pending bills, KPLC pending bills, vehicle insurance (including for emergency response vehicles such as ambulances and fire engines) among others have similarly not been paid. The desperate conditioning has led the county staff to the brink of strike, not helped by the environment of intimidation and bullying instilled by the county capture machinery.

Retaining Mr. Sahal as a vessel and instrument of county capture for the benefit of a few members of a particular community continues to have a damaging effect on Nairobi as a totality. Justice Ocharo was misled by Mr. Sahal who continues to file cases with the court in order to slow and stall corrective measures to the situation.

In every case corruption has fought back and taken even bigger bites from the county budget. The latest episode saw Ksh. 120 Million lost and is currently under investigation by the Directorate of Criminal investigations. In the larger picture billions have already been lost to the county capture machinery.

We contacted Governor Kananu for a comment on the allegations. She declined to speak to us and stated that the matter is currently under investigation at DCI and so she is unable to comment until the investigations are concluded.
We also tried to reach former County Finance Officer Mr. Sahal for a comment but he remains unreachable on his listed telephone line.

However, the damage he and his gang have inflicted is so complete that in a case of mistaken identity, a businessman resembling him was recently beaten up by frustrated suppliers when he sought county assistance. The mismanagement of the County Finance Office by Mr. Sahal has led to several arrest warrants being issued against the County Secretary Dr. Jairus Musumba for non-payment of court decrees obtained by frustrated suppliers. In an attempt to evade arrest due to these warrants against him, Dr. Musumba has been unable to physically attend to his office in the past 6 months, being forced to work from undisclosed locations.

County capture, much like state capture, is elevated corruption. The individuals, like Mr. Sahal and his associates, are known to their victims and through manipulation and intimidation are keeping themselves in power to completely milk the county and country dry. Supplier, and many others agree that we cannot afford to move with Sahals into the next 5 years.

Already garbage collectors in the county of Nairobi have threatened to call a strike until their dues are paid. As the filth and garbage begin to pile up, many others wonder if and when they will see their money at the end of the tunnel. Nairobi was once known as the city in the sun, but the activities of this cartel have left nothing but darkness, gloom and despair to the staff of Nairobi County, the residents and the investors of Nairobi County.