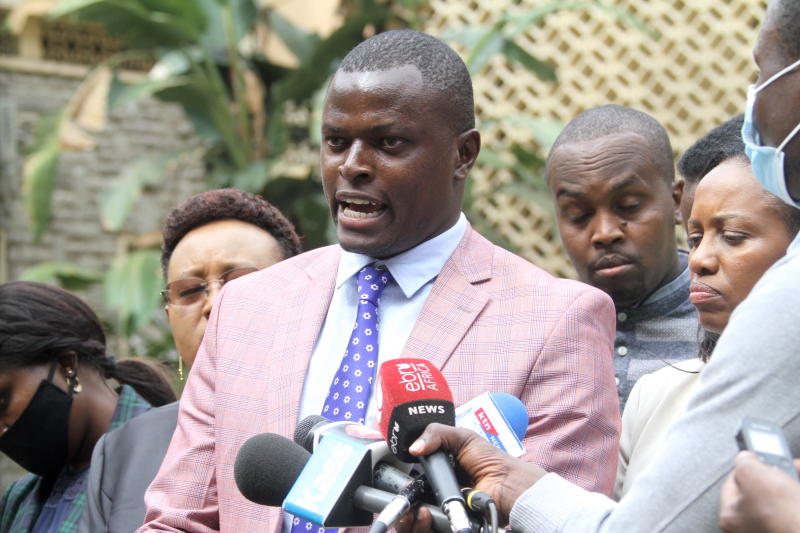 Speaking on Monday July 25 during a rally in Kesses the Kiharu legislator took a swipe at the DCI for storming DP Ruto’s former office at Transnational Plaza over the weekend.

“I would like to warn a man called Kinoti, who feels like he can now go to the DP’s office and that he even intends to carry out a similar operation in Ruto’s home.

“If you are man enough, I dare you to even as much touch the gate let alone get into his house, we will teach you a lesson,” Nyoro declared.

Nyoro added that the Hustler Nation will not fall for the state’s plan to provoke disorder in order to portray them as a raucous group.

Elgeyo Marakwet Senator Kipchumba Murkomen reiterated his remarks, claiming that the officers who conducted the operation were acting on the specific orders of President Uhuru Kenyatta.

Murkomen suggested that Uhuru was acting out of worry that his political project, Azimio candidate Raila Odinga, was failing and was attempting to meddle with the August elections by using the DCI.

“If you have seen your project is not working, do not attempt to provoke Kenyans and their emotions by raiding offices, fighting IEBC and interfering with the electoral process,” Murkomen stated.

During the raid of DP Ruto’s former private office, Commander of the Nairobi Regional Police, James Mugera, disclosed that the police were acting on information that election-related servers were being hosted at the office. However, the servers’ owners, a private company, denied the allegations and said that they hosted mobile banking data from 18 Saccos.

Subscribe to watch latests videos
In this article:Headlines, Ndindi Nyoro