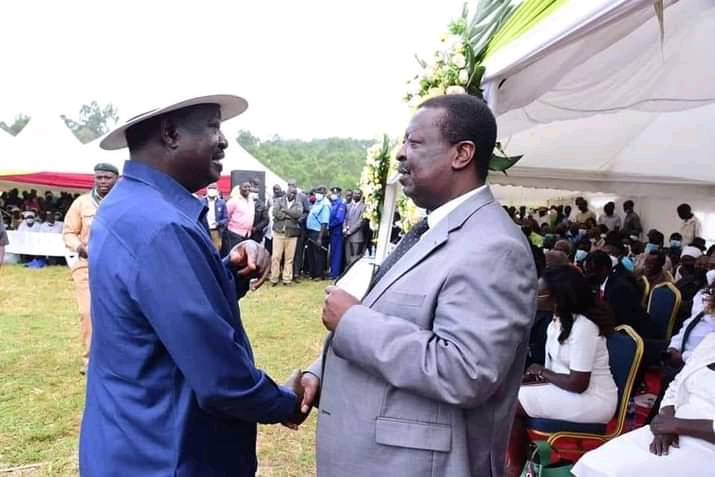 Mulembe young professionals allied to ODM held a consultative meeting to assemble the grassroot ideas that will make Raila Odinga secure presidency in 2022.

According to Alex Matere, the meeting’s agenda was to exhaustively expound on the Western region’s blue print and discuss Raila’s state house journey ahead of 2022 general election

This comes barely a week after Raila hinted on working with the former deputy prime minister Musalia Mudavadi ahead of next year’s general election.

Raila affirmed that Mudavadi is his political brother and there were possibilities of rejoining for 2022 election. “Mwana wa Hannah is my brother and all along we have ben political friends. I know there will come a time we shall again work together ahead of 2022 election” Raila said during the burial ceremony of the late Mama Rosebella Mudavadi (Mudavadi’s step mother) who died a month ago in Virginia, United States of America while undergoing treatment.

If Mudavadi-Raila coalition will emerge, then DP Ruto’s hustler nation camp might scatter in Western region jeopardizing his presidential ambition.