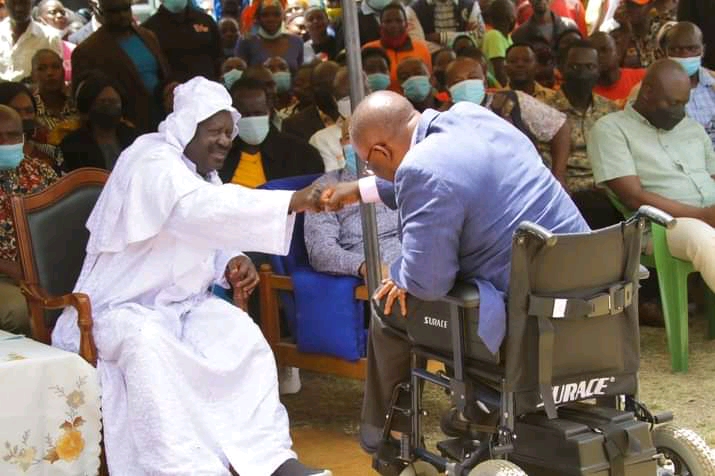 Jubilee party which is hyping massive support behind Orange Democratic Movement (ODM) party leader Raila Odinga’s presidential bid, is said to have developed cold feet after the party’s hopes to take over Nairobi Governor’s seat in exchange of supporting Raila’s presidency were thwarted as ODM MP Timothy Wanyonyi has also declared to leave no stone unturned for Nairobi county seat.

During his (Wanyonyi) launch of Nairobi gubernatorial declaration at Kenyatta International Conventional Center on Sunday, a battery of ODM footsoldiers and key influencers skipped the event on the ground that the entry of MP Timothy Wanyonyi into Nairobi gubernatorial race might jeopardize the ongoing ODM-Jubilee coalition negotiations.

Speaking on Monday, Makadara MP George Aladwa sensed the signals of brewing troubles between the two camps that could spell doom to the long awaited ODM-Jubilee merger talks.

“We had agreed that we put everything on hold until Raila declares whether he will vie next year or not. We are still negotiating with our Jubilee partners. I feel like Timothy Wanyonyi’s timing was wrongly calculated. In any case, what is the hurry for?” MP Aladwa exposed.

ODM Secretary General Edwin Sifuna who attended the declaration event alluded that he was not aware of any arising issue between the two camps and revealed that the ODM legislators who missed the event had genuine apologies.

“I’m not aware of any issue arising from Wanyonyi launching his bid to vie for Nairobi’s gubernatorial seat. I attended the meeting and had the apologies of all the ODM Nairobi MPs” Sifuna put the record.