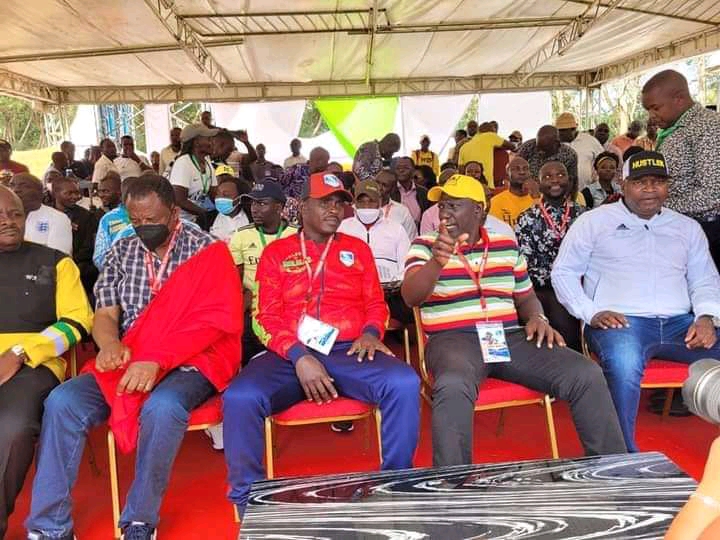 Kiminini MP argued that Malala who has for umptheenth times been accused of softening DP Ruto’s presidential pitch in Western region had earlier on communicated with the hustler head to arrive late hours for the tournament after Mudavadi and Wetangula had camped and publicly announce that the One Kenya Alliance will stand firm to back DP Ruto’s candidature.

“We didn’t go to Mumias today because Sen Malala had fixed our Leaders Hon Mudavadi and Hon Wetangula. He had a deal With William Ruto to fix and embarrass our leaders, Malala wewe sio mwerevu” Chris Wamalwa stated.

This emerges after Wetangula and Mudavadi cancelled their prior plans of gracing Malala’s tournament despite being invited as the Guest of Honour and Chief Guest respectively.

Orange Democratic Movement (ODM) party leader Raila Odinga on a flip flop received a battery of legislators from Mudavadi’s ANC, Jirongo’s UDP and party-less MPs to ODM ahead of next year’s general election.

Raila also received a huge go-ahead signal to vie for Presidency from hundreds of Azimio la Umoja leaders from Western region. He (Raila) breath resuscitation hopes of the ailing Mumias Sugar Belt by parading the new investor during the Bukhungu rally.

Luhya Council of Elders hugely mandated Kakamega County Governor Wickliffe Oparanya to become the new Luhya spokesperson who will bargain, lead and negotiate with other political bigwigs on behalf of Mulembe nation.