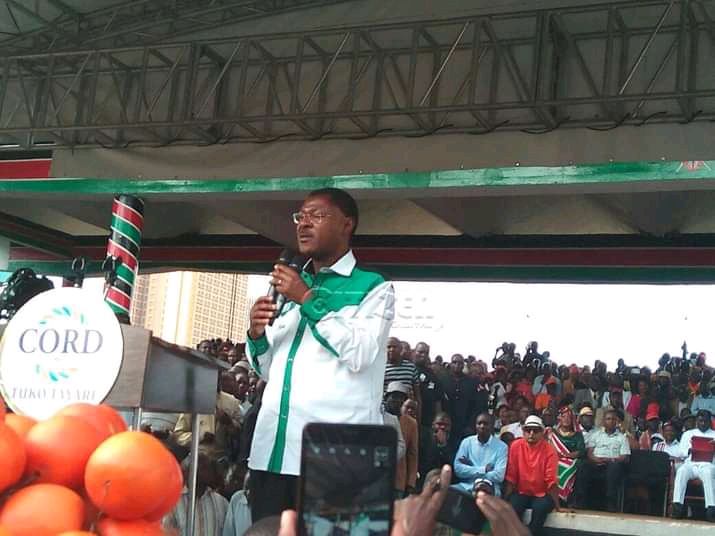 Wetangula’s today busy schedule has spiked a score of speculations on whether he will attend the much-hyped soccer tournament in Mumias that has pulled thousands of One Kenya Alliance supporters drawn from all walks of Bungoma, Kakamega, Vihiga, Trans-Nzoia and Bungoma.

Wetangula has hinted that he will engage hundreds of Ford Kenya Official and the party candidates in Trans-Nzoia today, Friday, morning and later attend the end year boat racing at number beach in Bwiri ward, Busia. 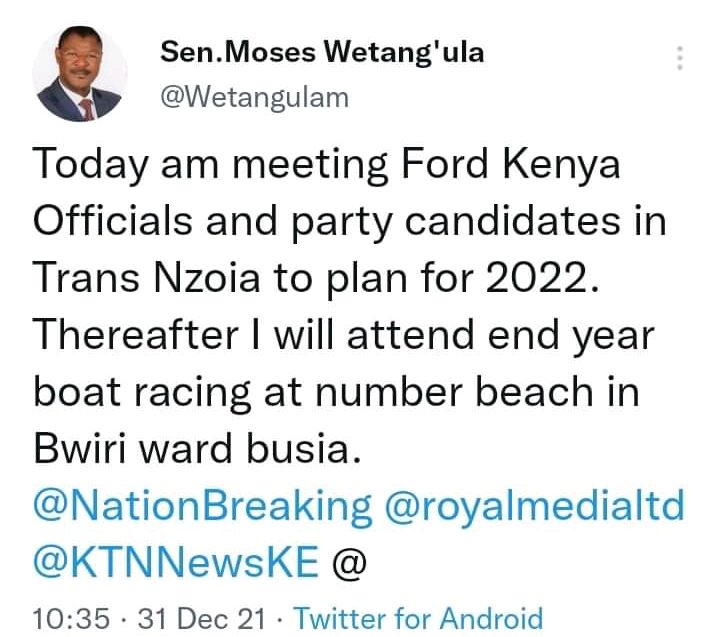 Based on Wetangula’s busy political schedule, the Ford Kenya party boss might snub Malala’s event if the boat racing event in Busia will go into the evening.

Mudavadi lamented that Atwoli (Not eyeing for any political office) should desist from imposing Raila’s presidency to Luhya electorates ahead of 2022 general election.